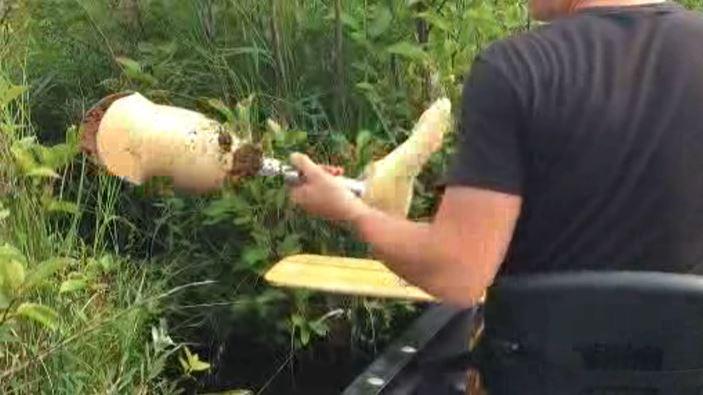 A couple of men canoeing in northern Wisconsin stumbled upon what appeared to be a gruesome find -- but it turns out, their discovery made one man very happy.

Elliot Fuller and Jason Franklin were on Lake Lucerne when they saw what looked like a human foot sticking out of a beaver dam.

"I was pretty terrified to be honest," said Fuller. "I thought we found a dead body."

As the two men got closer -- they were relieved to see what it really was: a prosthetic leg.

"That ended up being even more surprising," Fuller said. "It's definitely the strangest thing that's ever happened to me."

Fuller and Franklin then took to Craigslist. Turns out, someone had posted an ad claiming to have lost a prosthetic -- and offered a $50 reward for its return.

The two buddies met the man and reunited him with the leg, which was actually a spare that the gentleman only used for fishing and boating. They used the reward money to take their families to breakfast nearby.

"It feels good," said Fuller. "If I lost something that important, I'd want someone to return it."

He's left not just with a good feeling -- but a great story.