Prominent powwow set to begin in wake of pipeline protests 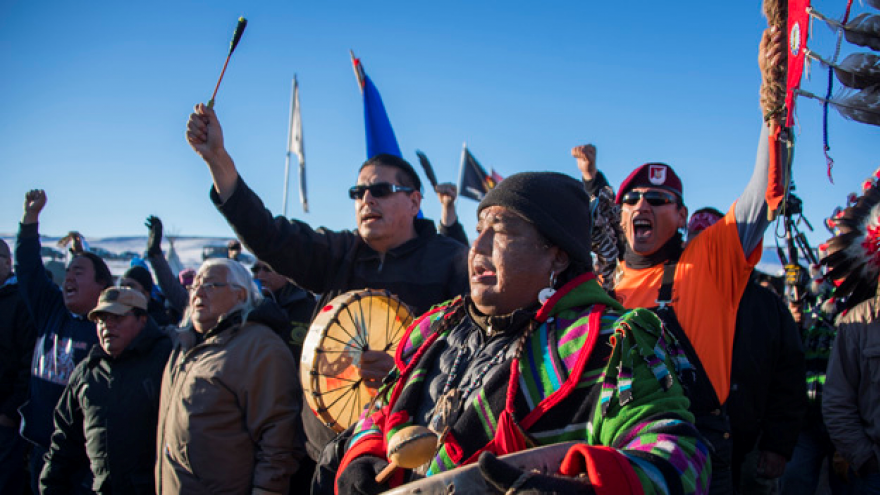 By RUSSELL CONTRERAS, Associated Press
ALBUQUERQUE, N.M. (AP) — One of North America's most prominent powwows is set to begin in New Mexico in the wake of pipeline protests in North Dakota that became a historic display of Native American solidarity.

The Gathering of Nations is one of the world's largest gatherings of indigenous people. Last year's event attracted about 3,000 dancers from hundreds of tribes in the U.S., Canada and Mexico. It routinely draws at least 80,000 visitors.

The event that opens Thursday in Albuquerque is intended to be nonpolitical, but Larry Yazzie, its official announcer, said people will be reminded why they are coming together, and that the \"water protectors\" — those who joined the pipeline protests — will be acknowledged.

\"There will be plenty of people there who have been to North Dakota,\" Yazzie said. \"The spirit will be there.\"

The protests were staged after the Standing Rock Sioux and other tribes said the pipeline threatened their sovereignty, religious rights and water supply. The Crow tribe — a traditional foe of the Sioux — joined the demonstrations.

The Gathering of Nations will be held at Expo New Mexico after the organization parted ways in a public spat with its longtime host — the University of New Mexico and its basketball arena.

The new venue also hosts the New Mexico State Fair and will give powwow vendors more space while providing visitors with a more intimate feeling amid a smaller powwow arena.

\"It's going to have its growing pains. It's a change,\" Yazzie said. \"But I think a lot of people are excited to see the new place, and we will have a lot of dancers ready to compete.\"

The Gathering of Nations began in 1983 in a gym at present-day St. Pius X High School and moved to Expo New Mexico soon after. The event then relocated to the University of New Mexico.

A character in the 1998 movie \"Smoke Signals\" said the Gathering of Nations was such a powerful pan-Indian event that it would have kept Columbus away had it been around in 1492.

Dan Mourning, general manager of Expo New Mexico, said officials have been working for a year to prepare for the revamped Gathering of Nations. Mourning expects attendees to embrace a new indoor Indian trading market and live entertainment at \"Stage 49.\"

For the first time, a medical marijuana developer and dispensary will help sponsor the event. Representatives of Ultra Health will pass out pamphlets and brochures about medical marijuana and ways attendees can apply to the program.