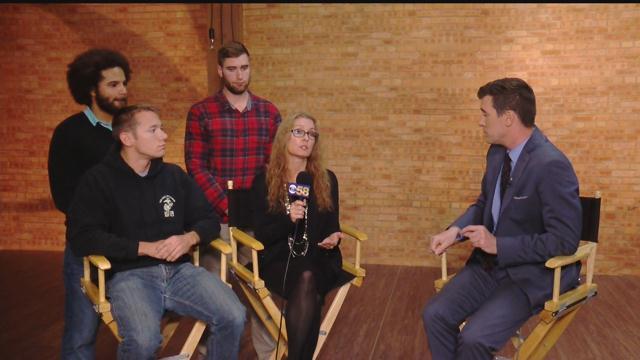 UW Milwaukee made a powerful statement the day before Veterans Day by screening the film Project 22 which focuses on the problem of veteran suicide.

The film is being presented by UWM's Military & Veterans Resource Center (MAVRC), the UWM Student Association, and the Student Veterans of America (SVA), UWM Chapter, at the Helene Zelazo Center for the Performing Arts.

This is a documentary that details the story of two veterans who launched a motorcycle ride awareness campaign from San Francisco to New York to raise awareness about the high rate of suicides within the veteran community.

During their ride, they explored and discovered traditional and non-traditional solutions to help veterans. trailer video is available herehttp://medicinal missions.com Beginning with an opening reception before the film, combat veterans from Afghanistan, Iraq and Vietnam will be available for conversations around the assistance they found to combat PTSD and thoughts of suicide.

Traditional and non-traditional healthcare providers, mirroring several of those in the film, were made available to discuss services they provide.

Following the film, co-hosts Dr Michael McBride from the Regional VA Medical Center, and Ozzie Broached from the Vet Center, hosted a Q&A discussion with veterans, friends and family members, and resource providers whose personal experiences reflect those detailed in the film.

The discussion focused on the exploration of successful solutions in the Milwaukee area.

Jayne Holland who is in charge of Community Outreach at UW Milwaukee was a special guest on the CBS 58 News at 4:30 p.m. along with several veterans.

We've attached their interview with CBS 58's Bill Walsh to this story.