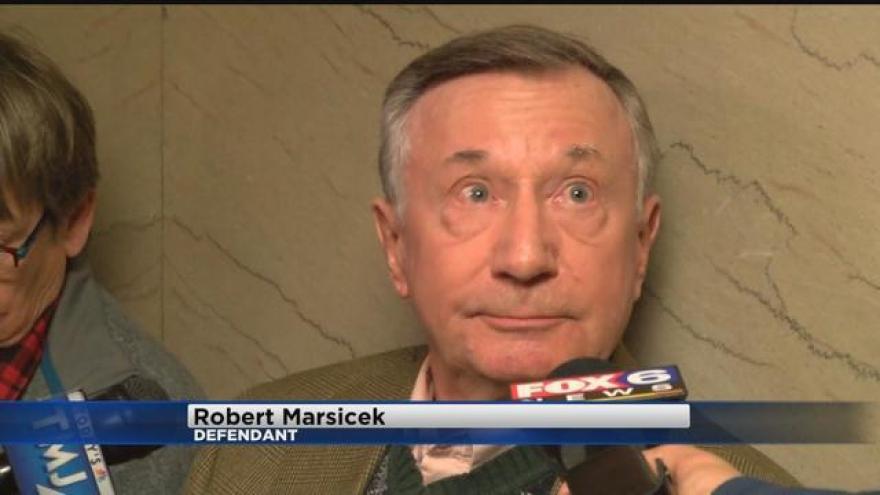 A priest is facing a number of sexual assault charges involving a child from a local school.

The complaint said Robert Marsicek sexually assaulted a young girl while working as a priest at St. Pius X Grade School in Wauwatosa.

Marsicek said before his first court appearance he hadn't read the criminal complaint.

Last December, a 15-year-old girl went to the Wauwatosa Police Department and told them that she was sexually assaulted from first to fourth grade.

She said it happened while she was a student St. Pius X Grade School in Wauwatosa and that Father Bob as he was known repeatedly hugged her, had her sit on his lap, and rubbed her thighs and hips and private areas.

In court, the county commissioner ordered him not to have contact with the alleged victim or any unsupervised contact with a minor.

In 2013, the priest was investigated for a possible sexual assault but charges weren't filed.

He said since then, he was under strict supervision.

"I don’t go any place without somebody with me, I can’t be any place where children are. I’m stuck with that for 4 years,”Marsicek.

Marsicek will be back in court next month.