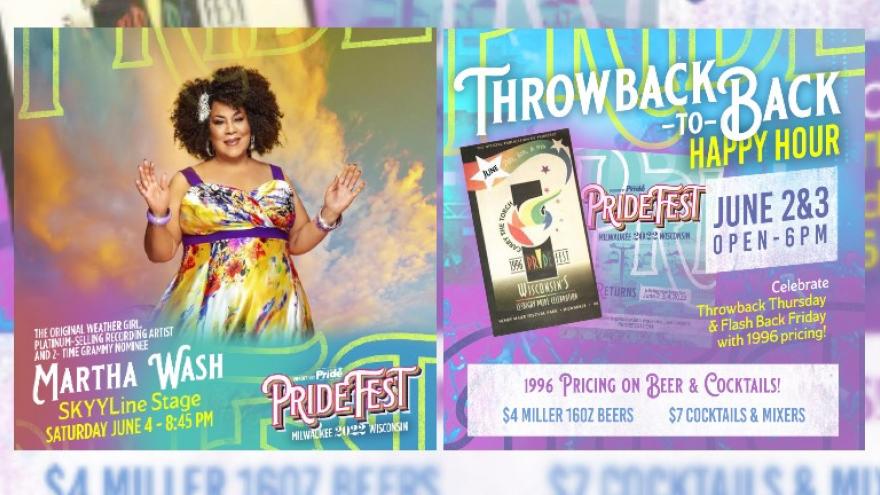 MILWAUKEE (CBS 58) -- PrideFest announced earlier this year that it would be returning to Henry Maier Festival Park this summer. Now, the event is announcing headliners for the festival's five stages.

Milwaukee Pride,Inc, the company that organizes PrideFest, says they worked to bring rich, diverse and engaging programming to each of the stages.

Other notable acts include Prince Poppycock (America’s Got Talent),tribute shows to Lady Gaga & Adele, and a star-studded lineup of local DJs such as The Milwaukee Bucks official DJ, DJ Shawna, drag performers, dancers, and more.