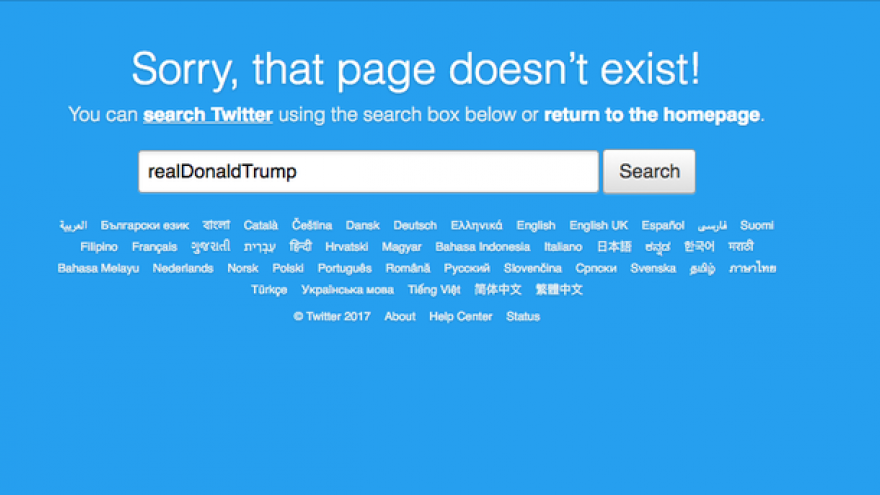 (CBS News) -- President Trump is making light of his Twitter account going dark for a few minutes this week.

Twitter has reported that a customer support worker was on his or her last day on the job and "inadvertently" deactivated Mr. Trump's account briefly Thursday evening.

Early Friday, Mr. Trump tweeted: "My Twitter account was taken down for 11 minutes by a rogue employee. I guess the word must finally be getting out-and having an impact."

My Twitter account was taken down for 11 minutes by a rogue employee. I guess the word must finally be getting out-and having an impact.

Twitter users quickly noticed on Thursday night that Mr. Trump's account appeared to no longer exist, fueling speculation about what could have caused the shutdown.

After 11 minutes, the president's account returned to normal, and Twitter eventually issued a statement saying it is conducting a "full investigation" of the incident.

Through our investigation we have learned that this was done by a Twitter customer support employee who did this on the employee’s last day. We are conducting a full internal review. https://t.co/mlarOgiaRF

Mr. Trump's signature use of his Twitter account to make large policy announcements and criticize world leaders and even members of his own party has drawn frequent consternation from critics, although others argue his account offers helpful insights into how his mind works.

Mr. Trump has said he views Twitter as a way to cut through the "fake news" media and speak directly to the people.