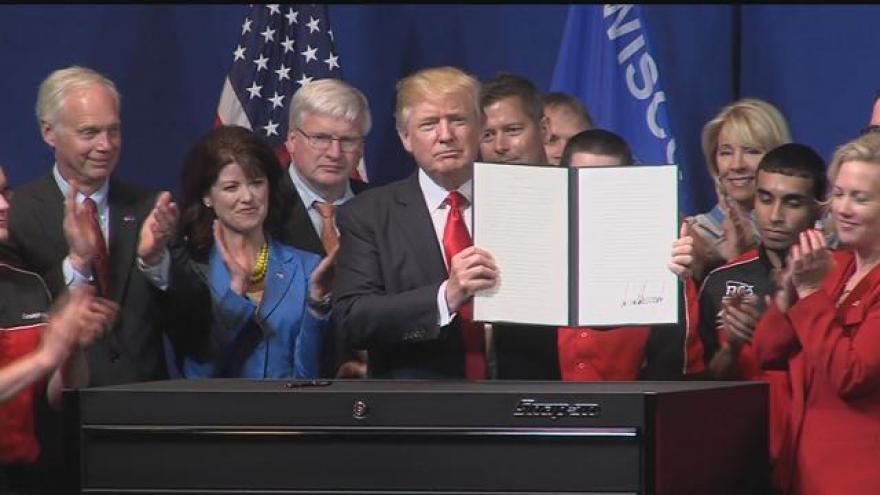 Governor Scott Walker, Senator Ron Johnson, and other Wisconsin politicians were in attendance at Snap-On Tools.

\"We will enforce the hire American rule. That are designed to protect jobs and wages,\" said President Trump.

President Trump, also, said “American products should be made with American goods.”

\"We are finally standing up for our workers and our companies,\" said President Trump.

Buy American law requires that when federal funds are used there is a requirement of using American made goods, according to President Trump.

\"More products will be stamped with those wonderful words, Made in the USA,\" said President Trump in Kenosha.

According to CNN, the order looks to bolster protections for certain American-made goods and calls for a review of the H-1B visa program for skilled workers, with the goal of reforming the program, senior administration officials said.

According to CNN, the \"buy American\" portion of the order directs agencies to conduct a \"top-to-bottom performance review\" of the use of waivers and calls for stricter enforcement laws pertaining to the purchase of US-made goods by the federal government and the use of US-made iron and steel in projects supported by federal funds.