President Obama touches down in Milwaukee 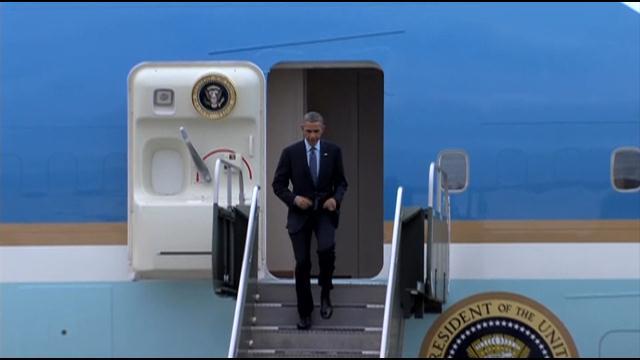 He has two primary campaign stops. One at the downtown restaurant Umami Moto and then a rally with Democratic Gubernatorial Candidate Mary Burke at North Division High School.

Lee says you can compare it to a game of chess with both parties are thinking ahead to the Presidential race. After all, many political observers believe Walker is a possible GOP Presidential candidate.

\"You've got politicians who want to prevent him from being a candidate for President,\" Lee said. \"So, this would be the place to stop him.\"