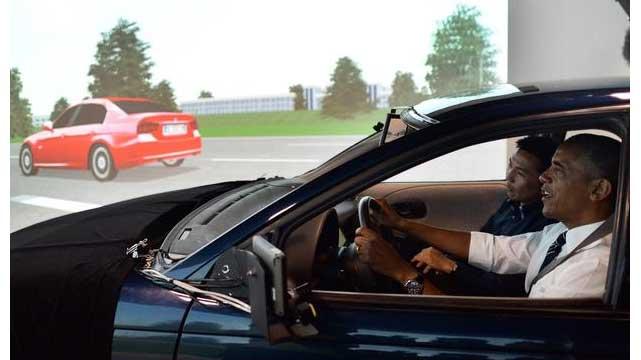 (CBS NEWS) What do you do when you vacate the most powerful office in the world? Spend time with family? Golf? Catch up on your reading?

Well, in a recent interview with actress Gina Rodriguez for the Latino digital media company mitú, President Obama was asked just that.

“You’re going to be unemployed, like many millennials, very soon,” Rodriguez began. “So, what are you gonna do to rev up your resume?”

The president smiled broadly as Rodriguez, the star of “Jane the Virgin” and “Deepwater Horizon,” inquired further: “Are you gonna start a blog? I hear YouTube is the way to go”

After a moment or two of contemplation, President Obama answered simply, “Uber.”

Could we really one day order a car home from work or dinner with friends, only step into its well-maintained back seat and discover that the car’s driver was the 44th president of the United States?

Probably not. The commander in chief has been known to play comedian in chief, too. He followed the humorous answer with a more serious one.

It seems eight years of serving his country may be a tough habit to break. The only difference?