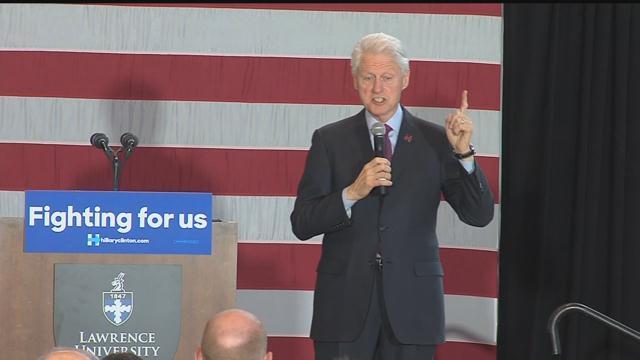 While Hillary Clinton does fund raising elsewhere in the country on Friday, her husband the former president is working a crowd in Wisconsin.

Bill Clinton made a campaign stop in Appleton.

The room at Lawrence University was filled with people who came to see the former president campaign for his wife.

He spoke for about an hour and spoke about expected topics like minimum wage and manufacturing rights and fighting for racial equality. He also spoke about education and how he disagrees with Scott Walker