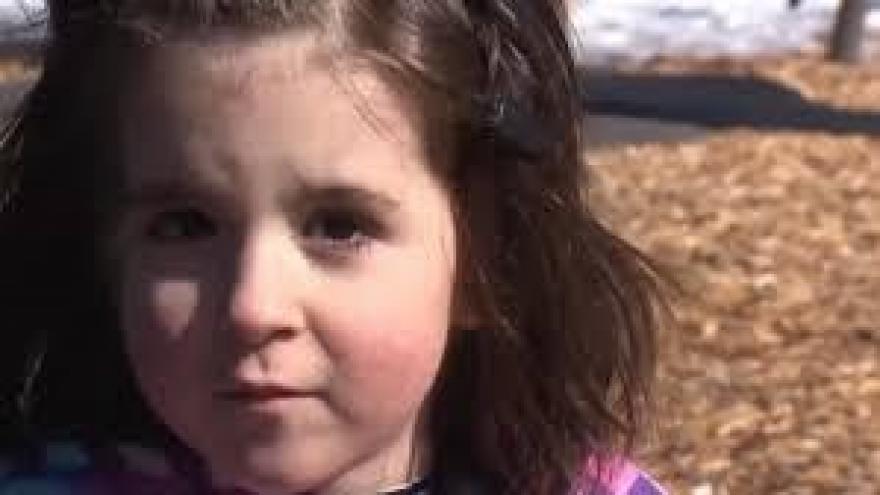 (CBS NEWS) A New Hampshire 4-year-old who loves to play is recovering from a rare, serious medical condition that struck her on the playground one day last summer.

Last August, Lilly Borden was running around with her mom in the park when she suddenly collapsed. She was unable to move her limbs and then she stopped breathing.

“One minute she was running and having fun and the next she’s dying in my arms,” her mother Victoria Barry told CBS Boston.

“She went into cardiac arrest and wasn’t getting any better until they found out what exactly was causing her not be able to move,” Barry said.

A nurse nearby gave Lilly CPR until paramedics arrived. She was then rushed to Boston Children’s Hospital where she was diagnosed with a condition called AVF on her spinal cord.

AVF, short for arteriovenous fistula, is a very rare condition that occurs when there’s an abnormal connection between an artery and a vein.

Normally, blood flows from your arteries to your capillaries to your veins, carrying nutrients and oxygen in your blood to your body’s tissues. When an AVF occurs, blood flows directly from an artery into a vein, skipping over some capillaries and leaving the tissues below it with poorer blood supply.

“When I first met her, she was pretty much quadrapalegic when she arrived,” said Dr. Darren Orbach, the chief of neurointerventional radiology at Boston Children’s.

“Hers was on the surface of the spinal cord and so she showed up with an initial hemorrhage into the spinal cord with this rapid connection between arterial blood flood and this vein,” said Orbach.

Barry said her daughter had to undergo extensive rehabilitation afterward. “It’s watching her go through her baby steps all over again,” Barry said.

Orbach said he sees only a few dozen of cases of AVF a year. “In the last few years, we discovered a set of genetic mutations that are related to these conditions and that’s the case in Lilly as well.”

Today Lilly is 95 percent recovered, and her mom said she’ll need an MRI every year to make sure the AVF doesn’t return. But she’s back playing in the park once again.

Barry said, “Thank you to everyone who treated her because you saved her life.”