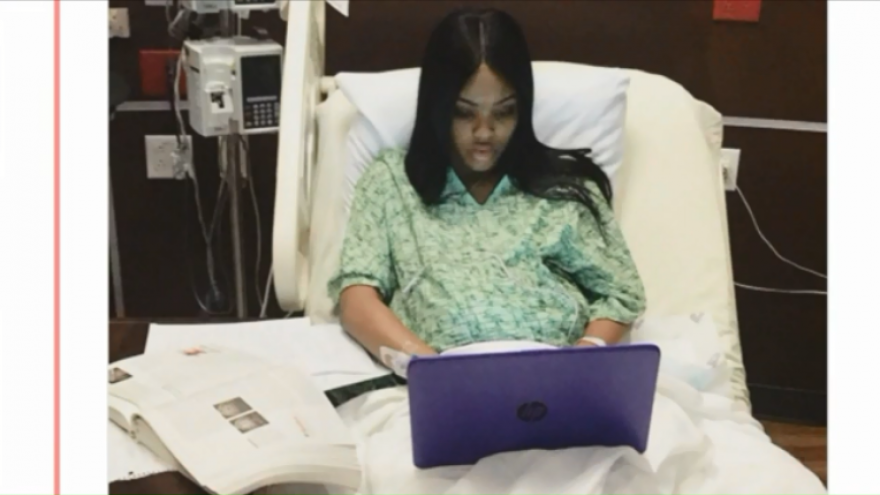 KANSAS CITY, Mo. --(FOX 4/CNN) A Twitter post by a Kansas City college student is striking a chord with people across the country.

Nayzia Thomas, 18, had one final paper to finish before the end of her fall semester at Johnson County Community College, and she wasn’t going to let her pregnancy get in the way. 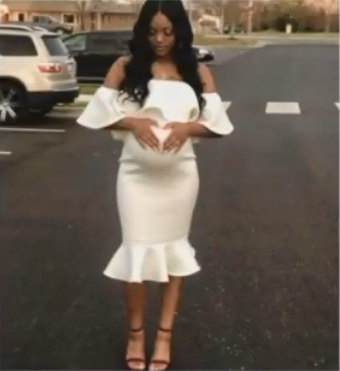 “The (nurses) were like, ‘Mom, you need to get sleep,’" Thomas said of her stay Shawnee Mission Medical Center where her water broke. “I was like ‘No, I need to finish my paper, and then I’ll go to sleep.”

Thomas’ mother snapped a photo of her daughter cramming while in the hospital bed.

“(My mom) showed me (the picture) and I thought it was cute and that I should upload it to let everybody know that the baby’s coming,” she said.

my mom took this pic & it's the perfect explanation of my life. yes i'm about to have a baby, but final SZN ain't over yet ?? pic.twitter.com/7LyrDBE9iN

Thomas uploaded the picture to Twitter for her family and friends. Three hours later she gave birth a baby boy, Anthony, who weighed 6 pounds, 15 ounces and was 21 inches long. 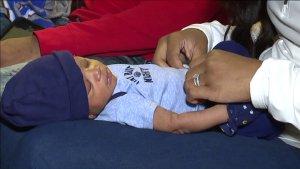 Thomas, who is paying her way through college, said she forgot about the picture until her phone started to ping over and over again.

“I just kept seeing my phone go off, and I’m like, 'What’s going on?” Thomas said.

The post had been shared and liked hundreds of times before it started making the rounds other social media outlets and news organizations' websites.

“Looking through the messages, it’s just a whole bunch of blessings and you’re doing amazing -- all praises,” Thomas said as she scrolled through her Twitter notifications.

While overwhelming at first, Thomas said the messages lifted her spirits, especially given that she experienced some complications post-delivery.

“I experienced major blood loss and my body went into shock,” Thomas wrote on Twitter. “It was scary, but (Anthony’s) father was right there to take over when I went unconscious.”

"People are constantly telling you what you can’t do, but I think that my picture goes to show you can do anything,” she said. 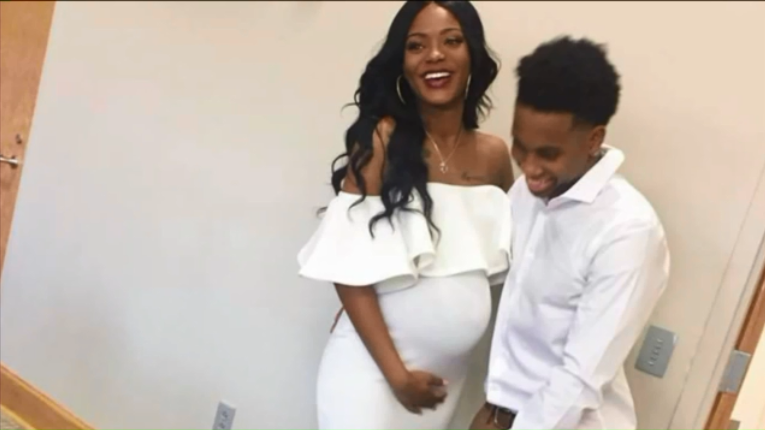 Thomas, who said she finished the semester with a 3.5 GPA, had agreed with her boyfriend that they would not share photos of baby Anthony; that was before her post went viral. The couple offer updates on their new YouTube page "Dai and Nay."