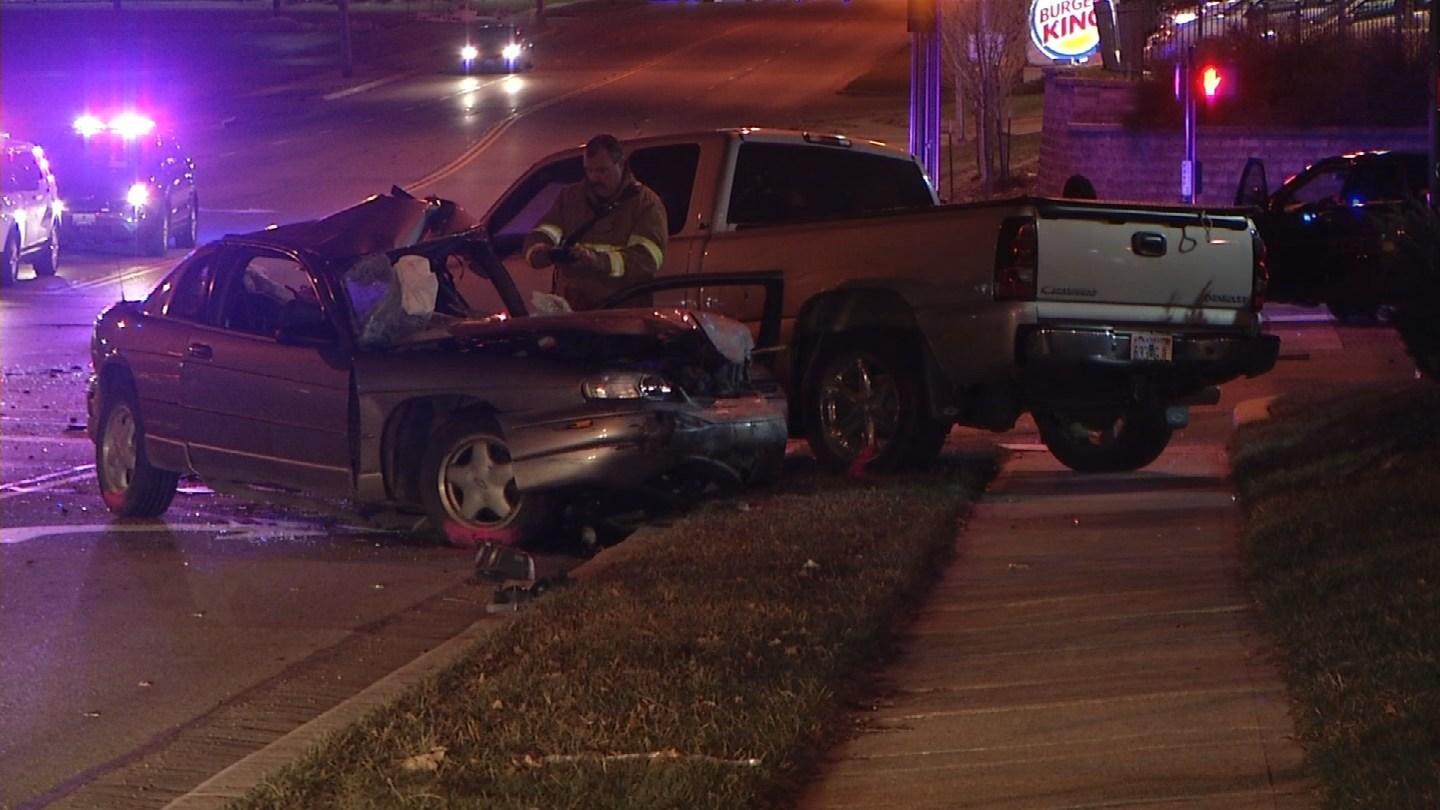 OVERLAND PARK, KS (KCTV) - A pregnant woman involved in a horrific crash has died, but amazingly, doctors were able to deliver her baby.

Police say a Prairie Village officer tried to pull over a tan passenger car about 7 p.m. Sunday in the 6300 block of 75th Street, but the driver took off at a high rate of speed. Police made a decision not to chase the driver.

Shortly after their attempt, Overland Park police were called to an injury accident on Metcalf Avenue and West 75th Street.

Investigators say the passenger car with a single occupant was traveling west on 75th Street, ran a red light and slammed into a silver Chevrolet truck carrying a woman who was 39 weeks pregnant.

Paramedics rushed six people to the hospital, including the pregnant woman. Once at the hospital, doctors delivered her baby, but that mom died from her injuries from the car crash moments after giving birth. Her name has not yet been released.

Police say the newborn is doing well. Injuries of the others rushed to the hospital range from minor to serious.

The driver of the car that police say caused the crash was treated and released from the hospital but was then arrested for aggravated battery and is in the Johnson County Jail awaiting updated charges.