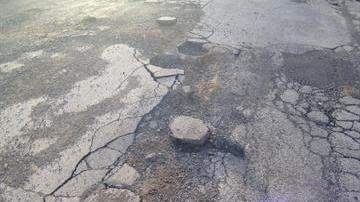 WAUWATOSA - Huge potholes have closed a portion of a popular thoroughfare. The stretch between Hoyt Park Drive and Church Street along the Menomonee River Parkway has been closed since Thursday because of potholes. Park's Department officials say the Parkway has been in need of reconstruction for sometime. They've received funding from the County to do part of the work, but the stretch that's closed won't be under reconstruction for two more years. In meantime, that part of the Parkway will be patched up to get it reopened. It's unclear when that may happen, but officials will meet on Tuesday to work out a plan.