Making sure your ballot is counted for in November 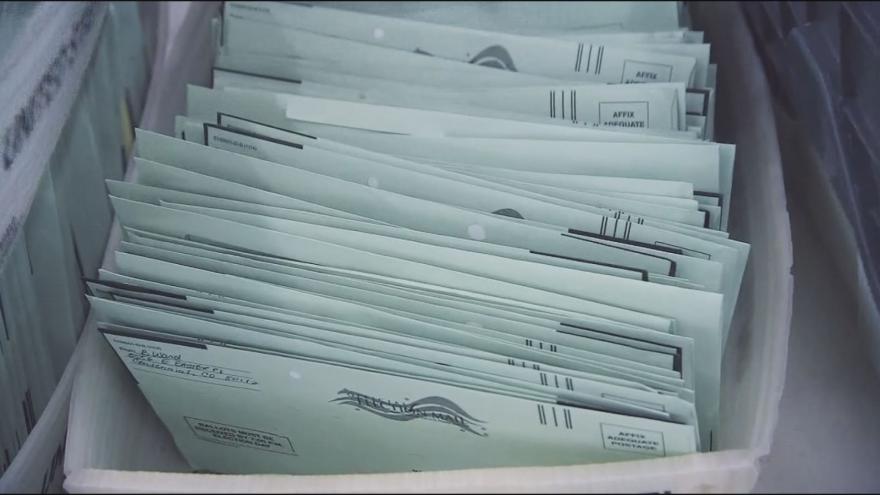 MILWAUKEE, WI (CBS 58) – The U.S. postal service warned it may not be able to deliver ballots on time. Letters went out to 46 states, including Wisconsin.

The Milwaukee Area American Postal Workers Union says they’re confident they can deliver your absentee ballot in time, but say there are still things you can do to ensure your vote is counted.

“There’s nothing more American than the postal service,” says Chris Czubakowski, vice president of the Milwaukee Area Local. “United with each other we can defeat those who are seeking to slow down the delivery of our mail in order to privatize the people’s post office.”

Czubakowski has worked for the postal service for the past 25 years.

“The current reductions are a bit more eye opening and concerning with the current administration’s efforts to privatize the people’s post office during a pandemic and during an election,” says Czubakowski.

Images of blue mail boxes being ripped out of the ground are making their way around social media. While little is known about the credibility of these images Czubakowski says it ties back to the movement aimed at privatizing the mail.

“Now we ironically have a post master, with no postal experience, whose actual policy and directives are to delay the mail,” says Czubakowski.

As we move closer to November elections, there’s concern ballots won’t be received on time.

“I recommend voters make a plan ahead of time, as far in advance as possible,” says Claire Woodall-Vogg. “We have ballots 6 weeks in advance which gives voters plenty of time to apply for a ballot and then let us know if there’s any issue receiving it.”

In the meantime, the postal union is asking people to report issues with delayed mail to their local representatives.

“We believe that the post master general should be serving the interests of the public and not the personal interest of the privatization or politicians,” says Czubakowski.

We reached out to the office of Attorney General Josh Kaul to see if he planned on joining other states in a lawsuit against the Trump administration that would prevent the agency from making operational changes leading to the November elections.

His office said they’re looking into the matter.

If you’d like to request an absentee ballot, you can do so here.