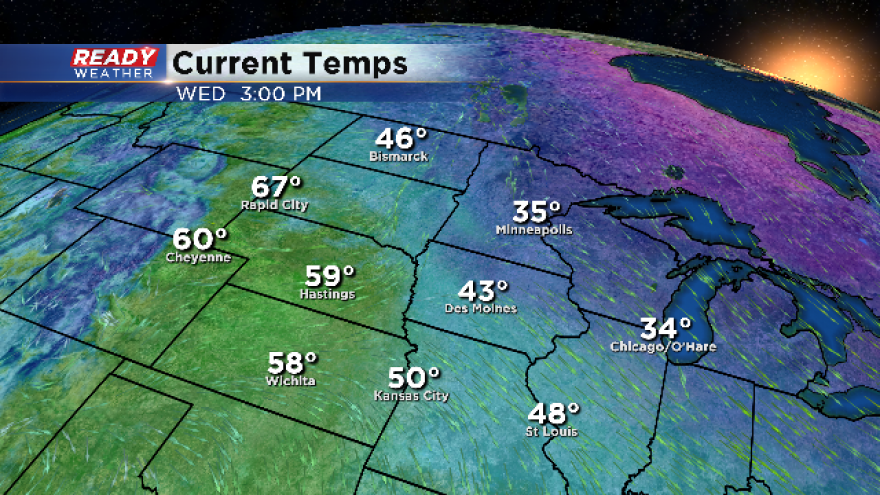 February has felt more like March with a string of unseasonably warm temperatures.  So far this February 11 days have been above normal.  Our recent cool down won't last very long.  A spike in temperatures is expected throughout the weekend into early next week. 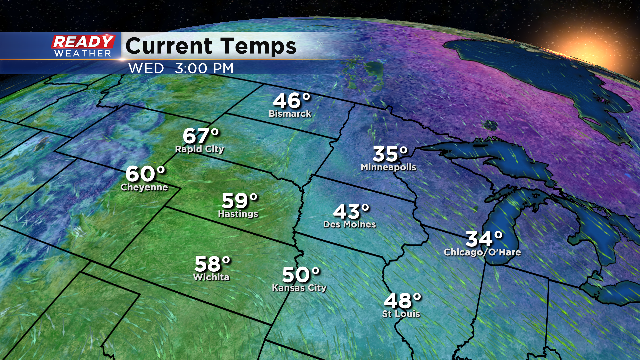 Take a look at the warmth to our west!  Our winds will gradually turn out of the south allowing warmer air to move across the Midwest.  The 50s you see to our west will dominate our forecast for 6 days in a row. 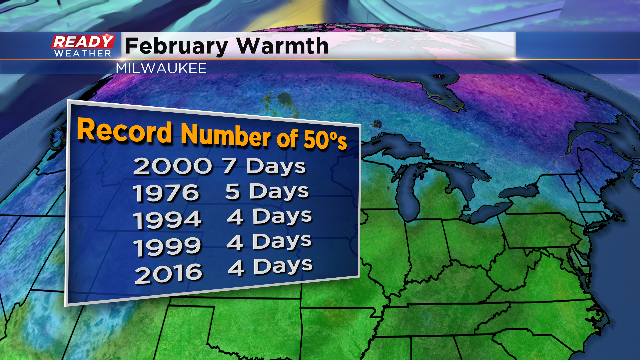 On average Milwaukee only reaches 50 degrees once during the month.  The record of 7 days took place in 2000.  Even last February Milwaukee recorded 4 days in the 50s.  February of 2017 will have a chance to challenge 2000! 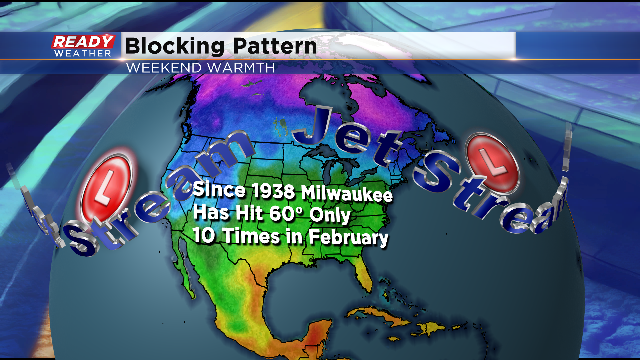 What about getting to 60 degrees in February?  The odds aren't in our favor with the limited sun angle and a typical snow pack on the ground.  Since 1938 Milwaukee has only reached 60 degrees 10 times in February.

We don't have the snow pack, and if our winds on Monday can go southwesterly, Milwaukee will have a chance for 60!