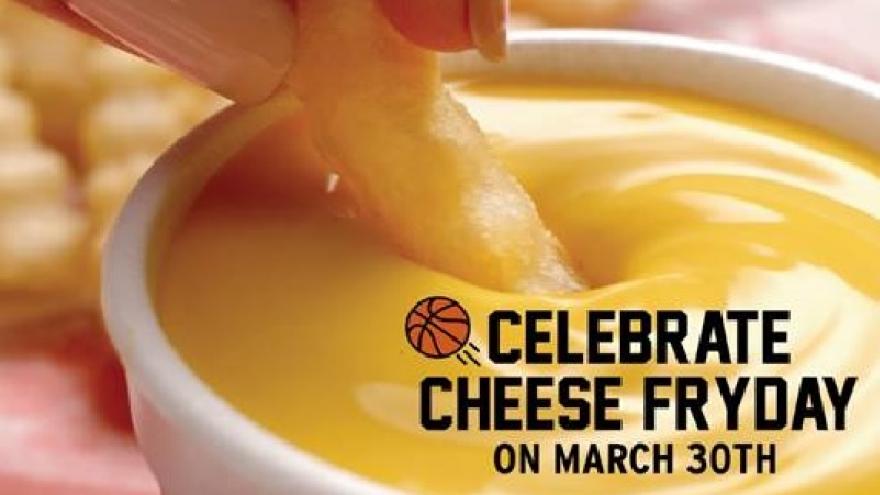 BROOKFIELD/GREENFIELD, Wis. (CBS 58) -- Thanks to the unexpected success of the Loyola Chicago Men's Basketball Team in the NCAA Tournament, Portillo's is offering fans a chance at free food.

On Friday, March 30, any customer at any Portillo's store wearing the team's colors of maroon and gold will get a free cheese sauce with a purchase of a large french fry or onion rings.

The deal will be offered all day. The Ramblers play Michigan in the Final Four on Saturday.

The last time Loyola was in the Final Four was 55 years ago which is coincidentally the same year the first Portillo's opened.

Even though Loyola is a Chicago team, the deal is also available at the two Wisconsin restaurants.