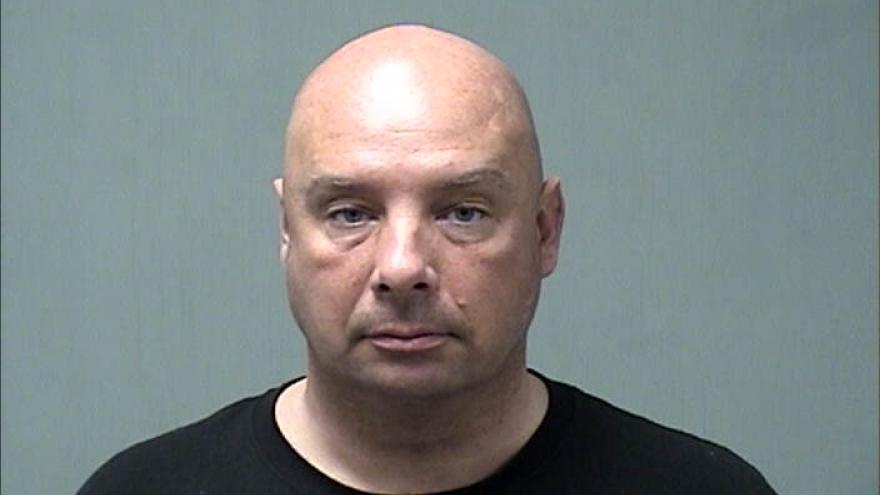 OZAUKEE COUNTY, Wis. (CBS 58) – A Port Washington man has been charged after allegedly looking into his neighbor’s window for months.

Erik Karpf, 44, is charged with stalking. According to a criminal complaint, when the victim first moved into her apartment she noticed Karpf acting strangely, accusing him of watching her from his window as she walked from her apartment to her car and saying that as she was leaving her apartment he would also be suddenly leaving and ask her if he could do favors for her.

The woman told police that starting in January 2018 she noticed after fresh snowfalls there would be footprints outside her bedroom window. In the complaint, the woman also recalled that in February she got home around 10:45 p.m., took off some of her clothes, laid on the bed and noticed the suspect peeking into her window.

The victim said on March 10 into March 11, she noticed Karpf standing at his window watching her when she returned home. She told police she noticed all the lights go out in his apartment but she said he continued to watch her. The victim said she went inside and noticed after putting on her pajamas that the suspect was standing outside her bedroom window. According to the complaint, she said she went to the living room to get a better look and when she looked out the window Karpf was looking into the living room window and their eyes met. Later that night, the woman said she noticed movement outside her door. When she looked into her peephole, she said the suspect was looking back at her. She told investigators she then went into her bedroom and armed herself with a gun. The victim told police that around 3:00 a.m. her doorbell started buzzing.

The victim reported the incidents to police on March 18 and extra patrols were put in the area. She told police it seemed to work as she heard the suspect commenting to others about the extra police presence in the area and said she did not see him outside her apartment.

The complaint says Karpf admitted to police that he watches everyone as they come and go from the apartment as his window faces the parking lot and he is curious. When police asked him about peeping into the victim’s bedroom window, the suspect admitted to it, saying he was smoking and looked into the window to see a cat on the bed and said he was just curious.

If convicted, Karpf faces a fine of up to $10,000 and/or three years and six months in prison.