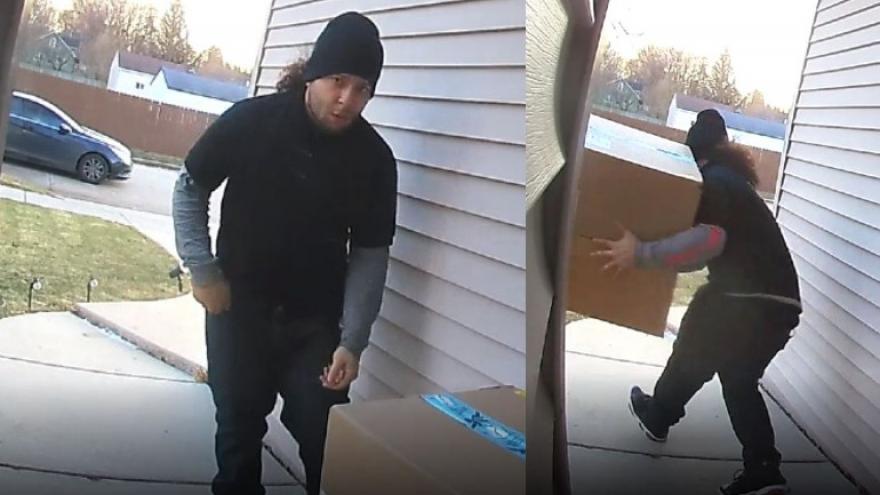 WEST ALLIS, Wis. (CBS 58) -- Police say the man seen on a doorbell camera stealing from a West Allis neighborhood has been identified as 27-year-old Ismael Flores.

Flores is charged with theft, and a warrant has been issued for his arrest.

According to a criminal complaint, camera footage showed Flores take two packages from a porch near 96th and Washington Street in West Allis on Dec. 10.

The complaint says the total value of the items taken was $326.01.

Flores was identified as the individual taking the packages by an MPD officer who had dealt with him in the past, along with several other people who called in tips.

WEST ALLIS, Wis. (CBS 58) -- Authorities have identified a suspect seen on doorbell surveillance stealing a package from a porch in West Allis.

The Ring doorbell camera captured clear video of a man stealing a large box on Tuesday, Dec. 10. The suspect is seen running away with the box and hopping into a vehicle with another person inside.

West Allis police said though the suspect has been identified, he is not in custody. Anyone with information is asked to contact officials.

WEST ALLIS, Wis. (CBS 58) -- With just a few weeks before Christmas, porch pirates appear to be hard at work in West Allis. 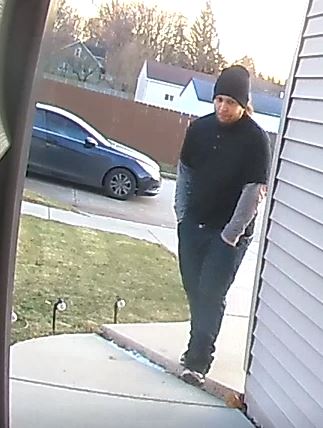 Police said they've received a series of theft reports from residents who've had packages stolen from their porches. In one instance, near 96th and Washington, a Ring doorbell camera captured a clear photo of a suspect stealing large boxes off a porch.

The suspect got into the front passenger side of a black vehicle and it was apparent there was at least one other person in the car. The vehicle may be a 2014 Hyundai Sonata with tinted windows.

If you have information about this incident or know the identity of the suspect, please call us at (414) 302-8000 or remain anonymous by calling Crime Stoppers at (414) 476-CASH.