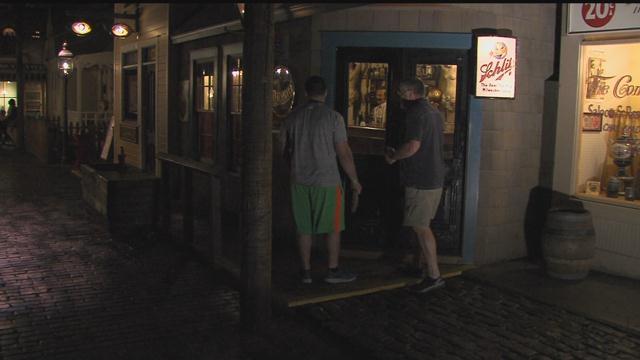 The Milwaukee Public Museum's \"Streets of Old Milwaukee\" exhibit is closing, but it will be back. MPM President and CEO Dennis Kois joined us live on the CBS 58 News at 4, and said the exhibit will come back new and improved.

\"We thought it was time in honor of its 50th anniversary to refresh it,\" Kois said.

The exhibit opened in 1965, and is designed to give the visitor a look at what a city street looked like back around 1900.  \"If you grew up in Milwaukee, you probably went there as a kid, a lot of people came back to take their kids,\" Kois said.

Visitors have until August 3rd to see the \"Streets\" exhibit, it will reopen in December. Kois promises that the renovations will not change what made the exhibit so popular. \"There will be new buildings, new stories to follow. And we're going to be using some very clever but subtle technology to enhance the experience for people,\" he said.

Here is the full news release from the Milwaukee Public Museum:

Milwaukee-July 15, 2015-The Milwaukee Public Museum's (MPM) beloved exhibit the Streets of Old Milwaukee (Streets) will close temporarily on August 3rd to be reimagined and renovated in celebration of its 50th anniversary.

\"Most exhibits showcase history,\" said Dennis Kois, President and CEO, MPM. \"Streets has become part of Milwaukee's history. We're very excited to build on that history by implementing changes that will enhance not only the Streets themselves, but deliver the kind of visitor experience contemporary museum-goers expect.\"

Streets opened in January 1965, under the direction of then-Director Carl Borhegyi, who was inspired by a 19th century barbershop and drugstore exhibit in the Museum's library building. MPM artist Edward Green designed the original exhibit to transport the visitor back to a fall evening at the turn of the century. For its 50th anniversary, the MPM exhibits team will raise the bar further by providing visitors with a heightened sensory experience including new soundscapes, \"secrets\" to discover, sights and even smells, as well as the integration of cutting-edge technology to engage audiences.

\"Milwaukee has a history of building world-class, innovative exhibits,\" said Julian Jackson, Exhibit Director, MPM. \"We're building on the shoulders of giants, here. Carl Akeley created the very first habitat-style diorama here in 1889. The Indian Crow Bison Hunt was the largest open diorama in the world when it opened in November 1966. The re-imagination of Streets will live up to and build upon that level of quality.\"

Streets will be entered via a new life-sized street car that will rumble down the tracks and appear, through clever use of technology, to travel back in time to Milwaukee's yesteryear. From viewing new storefronts and businesses to eavesdropping on conversations between Streets residents to engaging in hands-on activities like climbing aboard a penny-farthing high wheeler, the reimagintion of the Streets of Old Milwaukee brings the cultural and economic changes taking place in Milwaukee during the post-Industrial Revolution era to life.

Although a permanent exhibit, Streets has not been static, with additions being made as late as the early 2000s. In the late 1990s, three new units were added, including the Watson Family House which added an African-American perspective to Streets. The Watson Family House highlights objects from the home of freed Virginia slave Sully Watson and his wife Susanna and shows what life was like for some African-American families in Milwaukee. The Streets reimagintion will continue to highlight diverse perspectives found in Milwaukee during this time.

\"The Streets of Old Milwaukee is probably the most popular exhibit in Wisconsin, and is certainly so for residents of Milwaukee,\" said Kois. \"The renovation of Streets gives us an incredible opportunity to both enrich the experience already there by taking visitors deeper into the magical experience of going back in time, but also to weave into that experience the viewpoints of people who were living in the city at that time, but whose voices were left out.\"

The Streets of Old Milwaukee will reopen in December 2015.