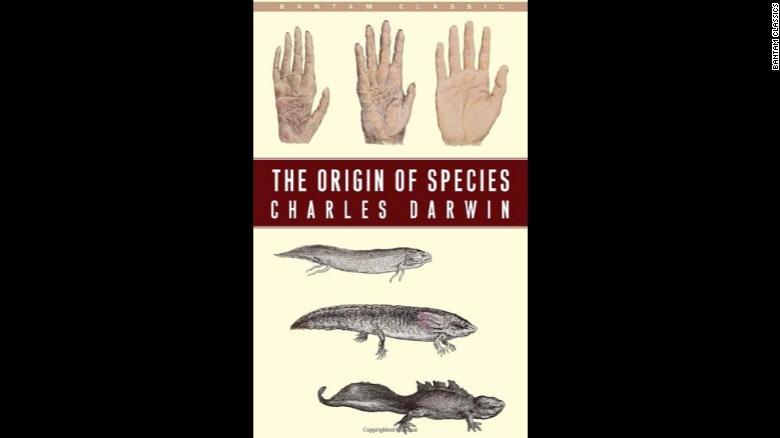 Charles Darwin's "On the Origin of Species" has been voted the most influential academic book in history in an online poll.

Darwin's book, which founded evolutionary biology when it was published in 1859, was the undisputed winner with a quarter of the votes submitted by the public. The poll asked voters to choose from 20 books that were selected by experts.

"It's not in the least surprising, and completely right, that 'On the Origin of Species' won. No work has so fundamentally changed the way we think about our very being and the world around us," said Alan Staton, head of marketing at the Booksellers Association in the United Kingdom.

"The Communist Manifesto" by Karl Marx and Friedrich Engels was second, followed by "The Complete Works of William Shakespeare."

A panel of experts organized by The Academic Book of the Future project selected the top 20 books from 200 titles submitted by publishers from the United Kingdom. The diverse list ranged in subjects from science, philosophy, feminism and art.

"It is important that the list includes titles that might not be considered by some to be academic," said Neil Smyth, senior librarian of the Faculty of Arts, University of Nottingham Literary. "Shakespeare and Orwell are available in academic libraries. They are read by academic staff and students, and influence ideas for the academic books of the future."

The online poll took place on the Academic Book Week website and kicked off a weeklong event hosted by The Academic Book of the Future project. The project looks at how scholarly work in the arts and humanities will be produced, read, and preserved in coming years.