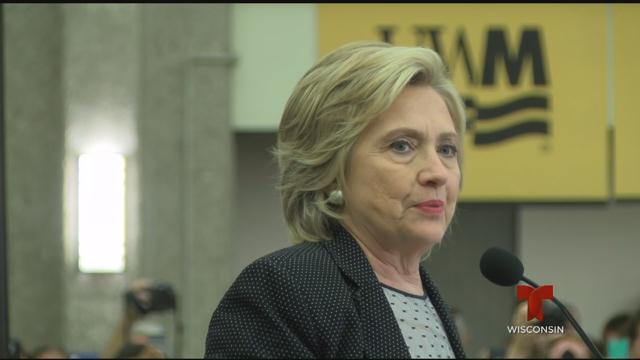 Washington (CNN)Hillary Clinton's lead in the Democratic presidential primary race has grown -- and if Vice President Joe Biden decides to stay out of the race, her numbers would rise even higher, a new CNN/ORC poll shows.

Clinton is backed by 42% of Democratic primary voters nationally, compared to 24% for Vermont Sen. Bernie Sanders, 22% for Biden and 1% for former Maryland Gov. Martin O'Malley.

That's a marked improvement over an early September CNN/ORC poll that found Clinton leading Sanders, 37% to 27%, with Biden at 20%.

And Biden's support comes almost entirely from Clinton's camp. Without the vice president in the race, Clinton's numbers climb by 15 percentage points, while Sanders' increase by only 4 points -- giving Clinton a nearly 2-to-1 lead at 57% to 28%, with O'Malley moving up to 2%.

While Clinton has led national polls, she has been found trailing in New Hampshire and at times in Iowa -- two key early voting states. And her downward trend nationally -- amid questions about her use of a private email server during her tenure as President Barack Obama's secretary of state -- has fueled speculation of a late Biden entry, and provided the vice president with an opening even as he grieves the death of his son Beau Biden.

The poll surveyed 392 Democrats and independents who lean toward the Democratic Party from September 17-19 and has a margin of error of plus or minus 5 points.

It comes amid a late summer of bad polling news for Clinton's campaign -- which has struggled to put the email controversy behind it.

Clinton's strategy for addressing the emails has evolved in recent weeks. She's gone from joking about it and dismissing its relevance to apologizing for failing to use a government address for the first time.

Her struggles have been most evident in two early-voting states where the Democratic electorate is dominated by white, liberal voters: Iowa and New Hampshire.

A Monmouth University poll released last week showed Sanders ahead, 43% to Clinton's 36%, in New Hampshire. Polls show he took the lead in the Granite State in early August and hasn't relinquished it since.

In Iowa, the first poll that gave Sanders a lead came this month -- when Quinnipiac University showed him up 41% to 40%.

In an attempt to change her campaign's momentum, Clinton is in the middle of a series of sit-down interviews and media appearances. She appeared on Jimmy Fallon's late-night comedy show last week and was on CBS' "Face the Nation" with host John Dickerson on Sunday.

She has also attacked Republican presidential candidates over a series of controversial comments. Most recently, she hit retired neurosurgeon Ben Carson for saying he wouldn't support a Muslim for president, and that Islam is out of step with the U.S. Constitution.