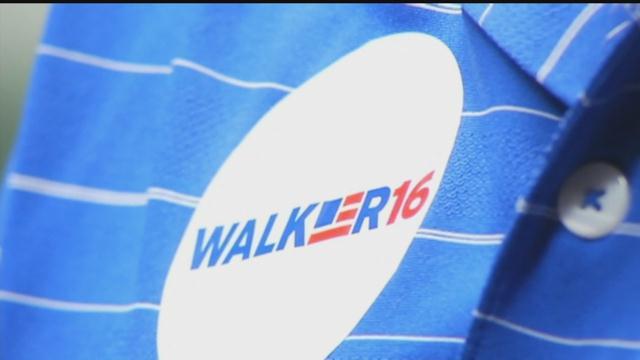 He connected with people over Harley's on campaign stops and touted his big, bold lawmaking approach in two debates.

"We balanced a $3.6 billion budget deficit and we did it by cutting taxes," said Scott Walker.

But it wasn't enough to convince voters the Wisconsin governor is ready for the White House.

"Somehow the Republican base doesn't want an experienced politician who knows how to win elections and has won elections, knows how to govern. What they want is an outsider," said UWM Professor Mordecai Lee. "And it's almost like they could care less about any qualifications."

Qualifications Lee said gave Walker the early lead in Iowa, until what he calls the political earthquake shifted and Walker lost his footing. Then ultimately, the campaign funds simply dried up.

"In American politics it's sad to say money is the mothers milk of success," Lee said. "As a professor, this disappoints me because I believe in qualifications of candidates."

He describes Walker's exit as honorable and getting out early allows the remaining GOP conservatives to fight their way to the top of the polls.

In the meantime, Lee said there's still hope for Walker in the future.

If a republican is elected into the White House, Lee said it's possible Walker could still make it to the nation's Capitol as a cabinet member.