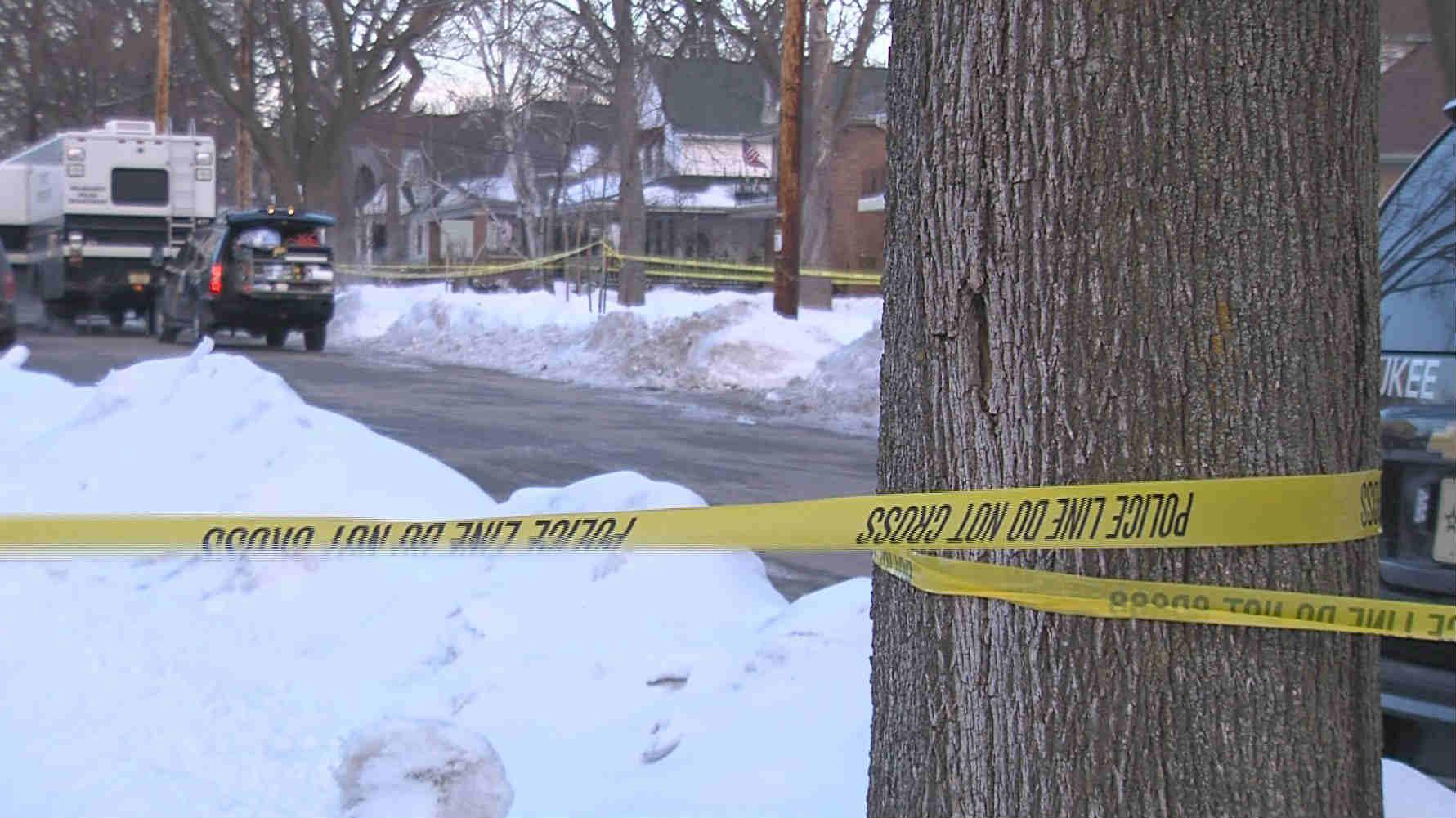 Milwaukee police shot and killed an armed man during a domestic disturbance on the far south side overnight.  Police say the man was threatening his estranged wife with a knife inside her home in the 400 block of Plainfield Avenue.  Police have not yet released the names of people involved.

\"[Suddenly] All you-know-what broke loose,\" Alan Plucinski, who lives across the street, said.  \"They were coming from all over.\"

Officers tried to negotiate with the 45-year-old man, but he wouldn't listen.  Police say the man looked like he was about to stab his wife  when an officer shot him. The man died at the scene.

\"He at times became angry at small situations and had a couple different small run-ins with him,\" next-door neighbor Scott Neumann said.

Neumann says the man seemed friendly when they first met, but that changed in recent years.

\"It wasn't surprising that something may happen,\" Neumann said.  \"[But] I didn't think... I wouldn't dream of anything like this.\"

The wife told Neumann her husband was supposed to be taking medication for bi-polar disorder.  Then, about a year ago, the wife got a court order to keep the man away from her and their two young children.

\"At times, I think she [felt unsafe],\" Neumann said.   \"But yet, I guess with any kind of relationship you care about the person you're with.\"

The 44-year-old woman had some injuries but didn't need treatment at the scene.

\"It goes to show you that just because there aren't many crimes committed in your neighborhood it can still happen,\" neighbor Gavin Dowdy said.

State Department of Criminal Investigation teams stayed on scene throughout the morning.  The law requires an outside agency to investigate any time an officer kills a suspect.

\"I wouldn't want to have that judgement,\" Plucinski said.  \"You know, at what point do I pull the trigger?  It's gotta be hard on him.\"

The 27-year-old police officer who shot the suspect has six years experience and is on administrative duty while the state investigates.  The landlord of the home says the woman and her two children went to stay with family for now.