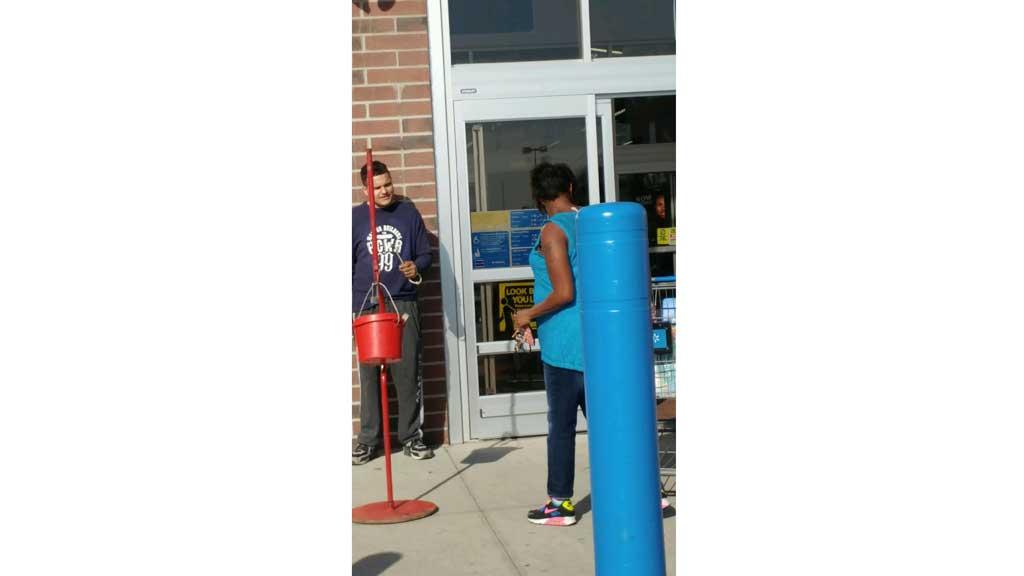 Early Tuesday afternoon The Salvation Army was notified by Wal-Mart of a man standing at a red kettle outside the store who appeared to be collecting money. The man was approached and asked why he was out ringing bells already.

When confronted, he stopped ringing the bell and left Wal-Mart, taking the stolen red kettle with him and loading it into his vehicle.

Employees were able to get a vehicle description and license plate number. They also took a photo, which identifies the man with the stolen red kettle, which has been forwarded to the police.

The Wal-Mart, located at 10330 W. Silver Spring Dr., is where a red kettle was stolen during a previous Christmas season.

Please call the Milwaukee Police Department at (414) 935-7243 with any information that can assist them with identifying the bell ringing impersonator.

The Salvation Army has a long-standing relationship with Wal-Mart and wishes to thank them for supporting our annual Red Kettle Campaign.