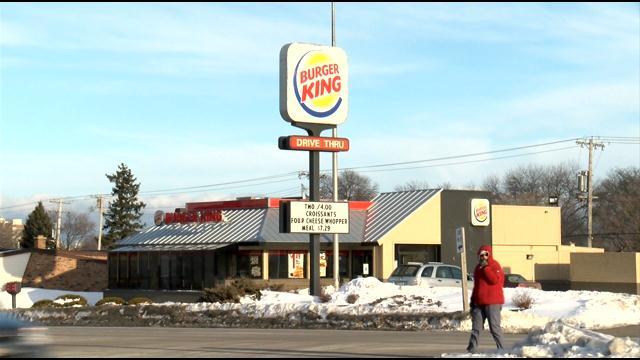 Two men have been busted by police, accused of taking part in a fast food crime spree.

On January 22nd, police say they robbed the Subway on South 60th Street and Oklahoma Avenue in Milwaukee.

Two employees at the Subway restaurant described what 29-year-old Giovanni Martinez did moment he walked in.

\"He came through the front door, adjusted his mask, jumped over the counter, and just came in the back, and made us open the safe,” said Subway employee Tanya Mims.

In the criminal complaint, it states Martinez made the women put the money from the safe inside of a gray plastic bag.

The employees believe Martinez got away with close to 400-dollars.

The employees say Martinez got in and out of the Subway restaurant within five minutes.

\"No. We assumed, you know. You never know. He's jumping over the counter, and we already feel endangered,” said Mims.

According to the complaint, Martinez went inside all four fast food restaurants in Greenfield and Milwaukee, and 43-year-old Matthew Stehr served as a getaway driver.

Police says the two men committed the crimes within a week.

Two burger kings, a subway, and a McDonalds.

One Burger King Restaurant is located at 4555 West Forest Home Avenue, in the City of Greenfield.

The other Burger King is located at 4651 South 27th Street, in the City of Greenfield.

The McDonalds Restaurant is located at 830 East Potter Avenue, in the City of Milwaukee.

According to the criminal complaint, Martinez used the same method for each location, Martinez would say to employees \"open the register; I'm not here to hurt anyone. I just need to feed my kids.\"

In the criminal complaint, it also states the two drove around looking for different places to rob, that were near freeways, to make for an easy getaway.

Police say the men were busted the on January 24th, and they confessed to the crimes.