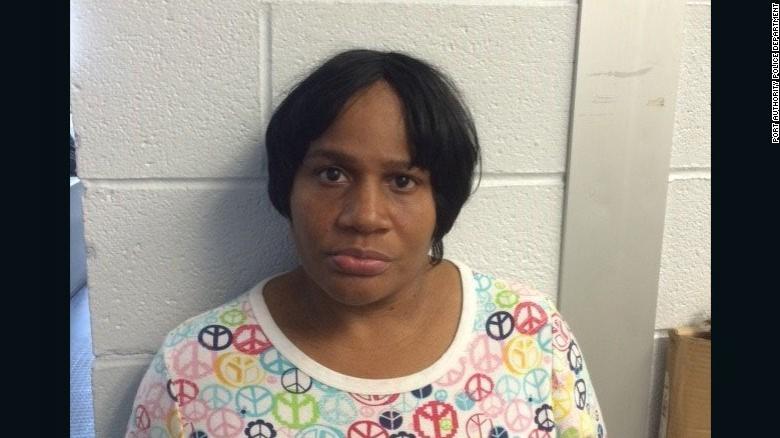 (CNN)Talk about cleaning up. Wowza.

Police say an airline cleaner in New York made off with seven iPads, 19 Kindles, two laptops -- and fully 1,429 bottles of liquor, which is rather too much for anyone to drink all in one go.

In all, Juanette Cullum, 48, of Brooklyn, stole more than $15,000 worth of goods from planes she cleaned at John F. Kennedy Airport in New York, according to a statement from the Port Authority.

Police say a security staffer for American Airlines tipped them off. They conducted an investigation, searched Cullum's apartment, and found a horde of items they say did not belong to her.

Authorities say Cullum had been cleaning up, in her own way, for three years. They say she was an employee of Atlanta based Air Serv, which offers cleaning, ground transportation and various passenger services.

Police say she made statements to them \"alluding\" to the thefts of property from the aircraft she cleaned. Air Serv, confirmed to CNN in a statement that Cullum had been terminated -- normally a synonym for fired.

She is being charged with grand larceny and criminal possession of stolen property, authorities said.