Police out in full force on St. Patrick's Day 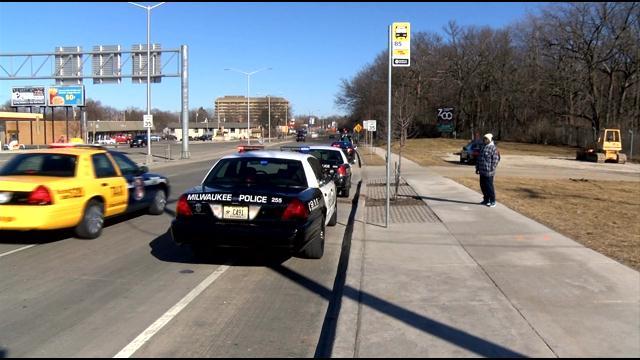 When it comes to St. Patrick's Day, the party is always in full swing on Water Street. Police we spoke with say they know it's a big day for drinking, and that's fine. But they want to make sure everyone gets home safely.

\"The odds of stopping someone who is impaired is a lot higher than people might think it is,\" said Officer Cody Smith of the Shorewood Police Department.

Smith is one of hundreds of officers in southeastern Wisconsin, working overtime this St. Patrick's Day to keep the streets safe.

\"You're looking for registration violations, moving violations such as running through a stop light, not wearing your seat belt,\" said Smith.

Twenty-nine law enforcement agencies in southeastern Wisconsin are part of the OWI Task Force and these officers are sent out specifically to look for those under the influence, not just those partying.

\"People taking medications or they take drugs all hours of the day. And they decide to get behind the wheel and drive. It's not just people who end up going out for a night on the town,\" said Smith.

And the task force is already doing it's job. Across our area nearly 30 OWI arrests were made since Friday. They say if you are out drinking, you will get caught.

\"There's stats out there to show how many times people drive impaired before they get arrested but if you have ten arrests, is that person ever not driving impaired?\" said Smith.

Though Officer Smith didn't arrest anyone on this ride he says play it safe and call a cab.