Police Officer Pays Bill at McDonald's for another Drive Thru Customer 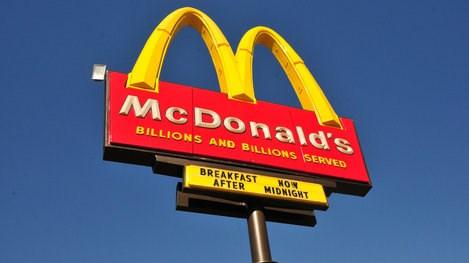 A man was surprised at a Wausau McDonald's drive thru when he was told the squad car in front of him paid for his meal. The drive thru worker told the man the police officer said he was trying to pay it forward, according to a post by the Wausau Police Department’s Facebook Page.

Chief Hardel received an email on Thursday from a person who visits Wausau for business about 50 nights per year and stays downtown at the Jefferson Street Inn.

A man named, Bob, emailed the Chief about how his Tuesday had been stressful and he had worked past midnight.

He went to McDonald's and ordered "a hearty amount of junk food."

He had noticed the Wausau Police squad in the drive thru in front of him.

When he drove up to  the window to pay, the cashier told him his bill had been paid by the police officer to "pay it forward."

Bob wrote to the Chief, "What a great thing to happen anytime, it made a really bad day good."

Bob's P.S. was "I immediately paid it forward, who would have guessed a single driver in car behind me ordered $23.00 in food? Happy to pay for it!"