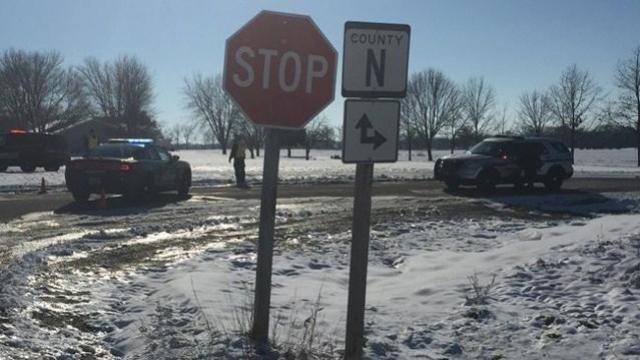 (WISC) Albion, WI - A McFarland police officer was killed in a head-on crash involving a squad car and a Department of Natural Resources truck Monday afternoon, according to Dane County officials.

The crash was reported just after noon at 132 County Road N in the town of Albion.

Sutheimer, a DNR employee, was driving the DNR pick-up truck at the time of the crash, according to a release.

Sutheimer was taken to a Janesville hospital with minor injuries, officials said. There is no indication early on that the woman was on any substances or intoxicated.

Officials said the 33-year-old officer was just starting his shift when the crash happened.

According to the release, crews are still investigating what caused Sutheimer to cross the center line, but citations are pending.

Officials have not said which law enforcement agency the officer is from.