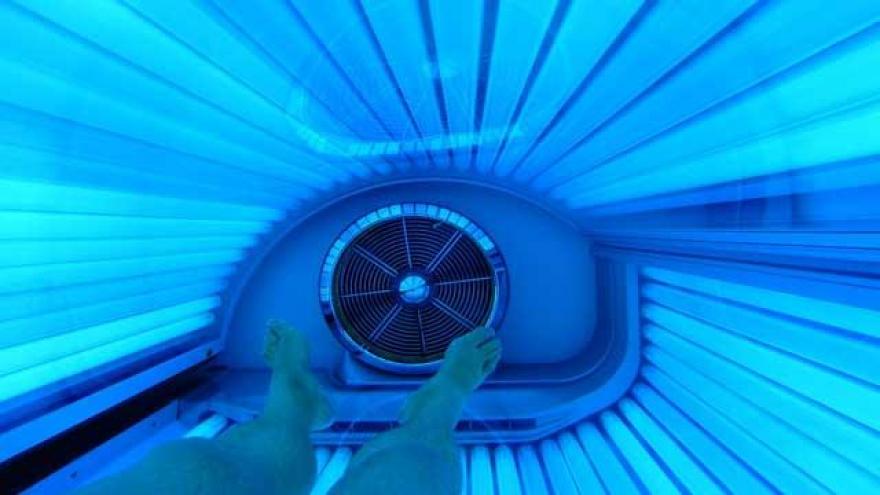 (CBS NEWS) MIAMI -- Police have arrested a man accused of using his cellphone to record a naked woman at a tanning salon, CBS Miami reports.

Business is good at Zoom Tan, where a mostly female crowd seeks out the perfect artificial tan. But there was recently a disruption. Police said they busted Javier Sotomayor for using his cellphone to shoot pictures inside the tanning salon.

“Oh my God, it is a terrible, terrible situation,” said a resident. “It shouldn’t be happening in a community like this.”

According to a police report, the victim noticed a cellphone camera pointing at “her private parts” from the bottom of the floor up, between a wooden wall dividing her room and the room of the person recording her.

Police said that person was Sotomayor.

Detectives said the victim took cellphone video of Sotomayor that eventually led to his arrest.

CBS Miami went to Sotomayor’s listed address. There was no answer. He was arrested over weekend.