For many, it was a thank you to the man who gave his life trying to stop an armed robbery.

RIGHT NOW: A prayer circle has gathered around John Hetland’s memorial. The off duty Racine police officer was shot and killed last night trying to stop an armed robbery in a bar. #RIP@CBS58@NewsNataliepic.twitter.com/7JRV7ydlJQ

Officer John Hetland befriended Catherine Martinez when he patrolled the halls of her high school.

"Real good guy. I would say he probably had a positive impact on a lot of kids in high school," said Martinez.

The Kenosha County Sheriff says Hetland jumped over the bar to try and stop an armed robber but was shot and killed in doing so.

Authorities are still searching for the suspect and city leaders are asking everyone to support a mourning Racine Police Department.

"They're going through a tragic time, they've lost a brother who has been a mentor and a friend to them, who's helped protect this city for years," said Racine Mayor Cory Mason.

There is a $25,000 reward for information leading to the suspect's arrest.

RACINE, Wis. (CBS 58) -- An official donations page has been set up for fallen Officer John Hetland.

All donations collected will go towards the support of Officer Hetland's two children.

Investigators say an armed masked man went behind the bar and demanded money.

Racine Police say Officer John Hetland saw the armed robbery unfolding and although he was off-duty, he took action to stop the crime. 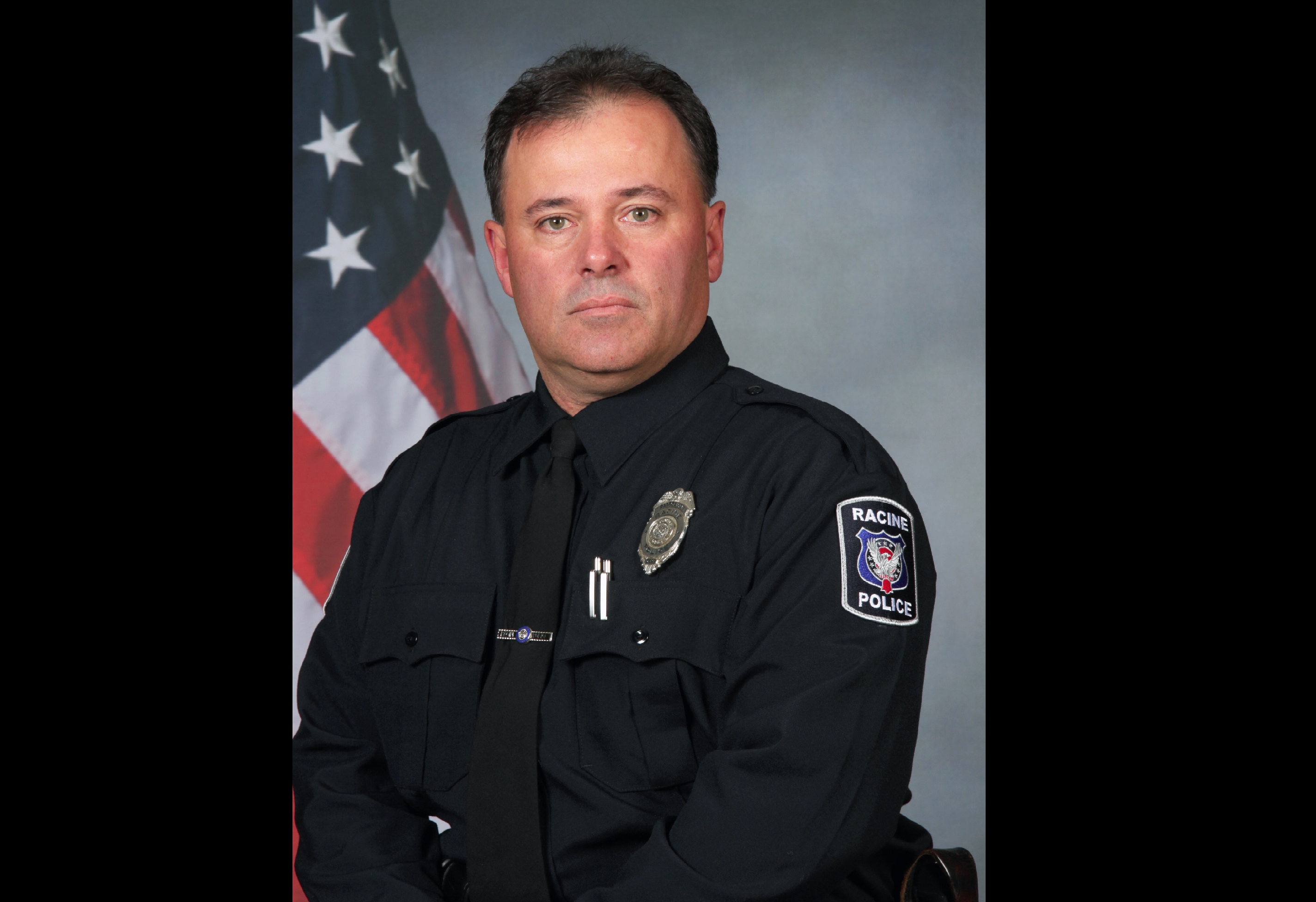 Officer Hetland is a 24-year veteran of the Racine Police Department. He served in various positions over the years including an assignment as a field training officer and a member of the Greater Racine FBI Gang Task Force.

“The entire City mourns the tragic loss of Officer John Hetland. My heart breaks for his children and family. I offer them my deepest sympathies. Officer Hetland dedicated his life to serving the City and he proved that again last night when he gave his life to protect the lives of others. John Hetland is a hero, and the City will honor him as such.”

“As a City, we must also be here to lift up the officers of the Racine Police Department. They are grieving the loss of one of their brothers and they need our support, now more than ever. I ask the community to extend your thoughts, prayers, and a shoulder to lean on to our officers as we work to heal from this tragic event.”

“I will continue to work with law enforcement agencies over the coming hours and days to make sure we find justice for Officer Hetland and all those who know and love him.”

Police say the investigation is active. No arrests have been made at this time.

RACINE, Wis. (CBS 58) -- According to the owner of Teezers, there was an attempted robbery and shooting at the bar Monday evening.

Police remain on the scene.

Racine PD on scene of an overnight shooting at 19th and Lathrop. Working to learn more info. Watch @CBS58 Morning News for the latest. pic.twitter.com/ZLXPBjSjQA

The bar is located near Lathrop Ave. and 20th St. The Racine Police Department sent out a "Code Red" alert saying they are searching for the shooting suspect. Residents were asked to turn on exterior lights and remain indoors. Police also ask anyone with outdoor cameras to review their footage and contact authorities with anything suspicions.

You can read the full statement below:

"This is the Racine Police Department with a safety message. A shooting occurred in the 1900 block of Lathrop Avenue, and we are searching for the suspect. We are asking that you turn on your exterior lights and remain indoors. Please call 262-656-1234, if you see anyone suspicious; do not confront them. Please contact us if you have any information relating to the shooting. If you have a Ring doorbell camera or any external video system, please review your video for anything suspicious or anyone fleeing. If you find something, please contact us at 262-656-1234. We will recall with an update once the situation stabilizes."

The bar is located near Lathrop Ave. and 20th St.

Authorities have not said why they were called to the business or if anyone is hurt.

CBS 58 is on scene and will provide updates as more information becomes available.