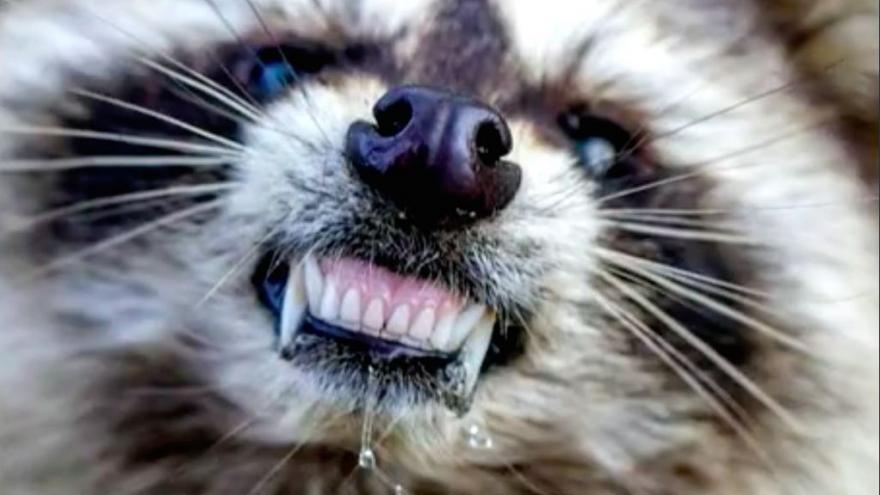 YOUNGSTOWN, Ohio (CBS News) -- Police are investigating reports of "zombie-like" raccoons in northeast Ohio. CBS affiliate WKBN-TV reports that Youngstown police have received more than a dozen calls in the past three weeks about raccoons acting strangely in the daytime.

Photographer Robert Coggeshall said he was playing with his dogs outside his home last week when a raccoon approached them. He put the dogs back in the house and said the raccoon followed them to the door.

"He would stand up on his hind legs, which I've never seen a raccoon do before, and he would show his teeth and then he would fall over backward and go into almost a comatose condition," Coggeshall said, WKBN-TV reported.

That raccoon and 14 others that police responded to were euthanized.

The state's Department of Natural Resources said the animals were likely suffering from distemper, not rabies. The viral disease causes coughing, tremors and seizures and leads raccoons to lose their fear of humans.