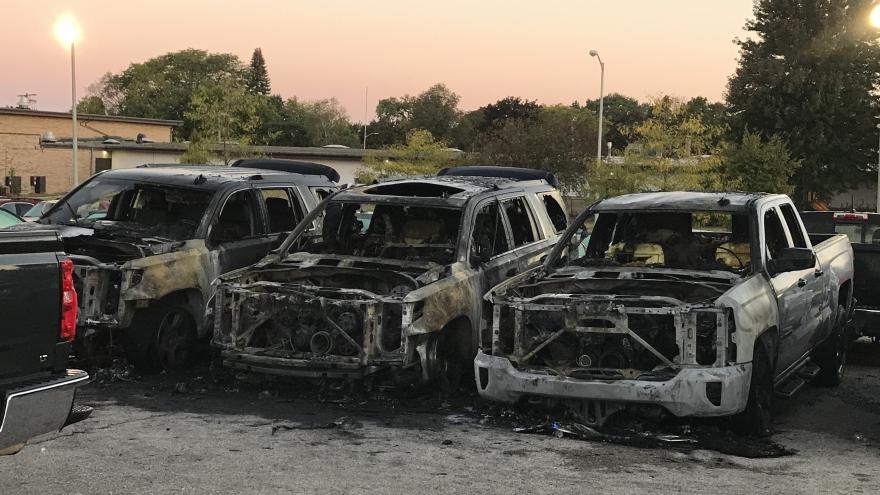 Firefighters were called to Heiser Chevrolet in West Allis around 2:00 Thursday morning for three cars engulfed in flames.

While police were investigating, they noticed three people running across the lot at the nearby International Autos dealership. They jumped into a car and took off. Police chased, but the suspects got away. There is evidence International Autos was broken into, but nothing is missing.

Brookfield Police say four cars were stolen from the Acura dealership around 1:30 a.m. One of the cars was found in the parking lot running and unoccupied. Another car was involved in a hit-and-run in Wauwatosa and the suspects fled before police arrived.

They’re working with West Allis Police, but cannot confirm whether the crimes are linked.

WEST ALLIS, Wis. (CBS 58) – Police in West Allis are investigating after they were called to car fires at Chevy dealership in the 10200 block of West Arthur Avenue.

First responders say when they arrived they found three cars on fire with another three cars having extensive damage. The cause of the fires is still under investigation.

It’s believed there was another attempted burglary at International Autos but no cars were taken.

In another incident, Town of Brookfield Police say that four cars were stolen from an Acura dealership near Bluemound and Brookfield Roads. An officer spotted one of the stolen vehicles but did not chase it. That car later crashed in Wauwatosa.

The incidents are believed to be connected, but a direct link has not been established. No one is in custody.