Police: Family of four from Iowa found dead in Mexico 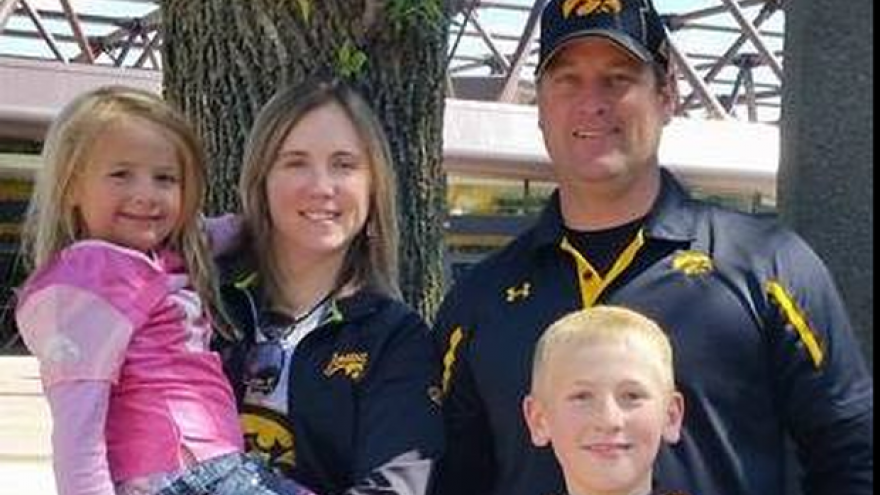 CRESTON, Iowa -- Police in Creston, Iowa, say a family of four that was reported missing overnight has been found dead in Mexico. The bodies of Kevin, Amy, Sterling and Adrianna Sharp were discovered Friday inside a condominium, CBS Des Moines affiliate KCCI reports.

"Autopsies are being performed in Mexico and results are pending," the Creston Police Department said in a statement.

There were no signs of foul play, according to police, KCCI reported. A local news outlet in Mexico reports investigators are looking into whether food poisoning or a gas leak could have been responsible.

The incident took place in Akumal, in the Mexican state of Quintana Roo, according to the Mexico Tourism Board.

"An investigation is currently ongoing and includes representatives of the U.S. Embassy in Mexico," the Mexico Tourism Board said in a statement. "Preliminary reports from local officials conclude that there were no signs of violence or struggle upon initial review."

The family had not been heard from since they left for Mexico on a trip on March 15. KCCI reports that according to family members' social media posts, Kevin, 41, Amy, 38, Sterling, 12, and Adrianna Sharp, 7, were expected to arrive in St. Louis on Wednesday to attend a basketball game in Danville, Illinois.

Relatives had filed a missing persons report through the U.S. Embassy in Mexico.