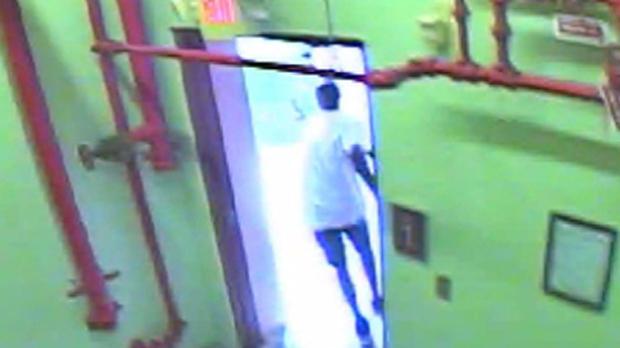 (CBSNews) FORT LAUDERDALE, Fla. -- The search for a Florida murder suspect who escaped by bolting from a courtroom became nationwide Saturday as a sheriff said it is believed the man is armed and receiving help.

Broward County Sheriff Scott Israel said Saturday his detectives have information that indicates Dayonte Resiles has obtained a weapon and is getting assistance. Without providing details, Israel said Resiles planned the escape.

He said search warrants are being served and the focus remains on South Florida, but Resilies could be anywhere. He said a nationwide alert has been issued.

A day after the daring escape, the reward for information leading to his capture has been increased to $20,000.

"There are numerous leads to follow up," Israel said. He said anyone who helps Resiles will be charged.

Resiles, 21, escaped Friday from the Broward County Courthouse. He was sitting in the jury box awaiting a hearing on whether he should face the death penalty in his upcoming trial when he somehow escaped his shackles, jumped a courtroom barrier and ran past bailiffs. He shed his jail jumpsuit and ran outside in his shorts and a T-shirt. Israel said there is no video from outside the courthouse that shows how Resiles left the area.

Surveillance video recorded the moments after he ditched his jail jumpsuit, removed his handcuffs, and ran through a northside exit, CBS Miami reports.

Israel said that while there is no indication that Resiles received help from a guard or other law enforcement agent, an internal affairs investigation has been opened.

Resiles faces murder charges in the September 2014 killing of Jill Halliburton Su, grand-niece of Halliburton Co. founder Erie P. Halliburton. Her body was found, bound at the hands and feet and stabbed multiple times, in the bathtub of her home in Davie, Florida.