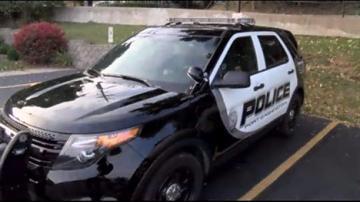 PORT WASHINGTON -- The cost of filling almost makes you want to run your car off of something else. Kind of like the police cars in the Port Washington Police Department.

\"We converted it, it's an aftermarket conversion.\" said department captain Mike Keller.

Sick of burning money on gas, the department is switching over to propane powered cars.

\"It's looking like we're about 40 to 50 percent reduction in our fuel cost.\" Keller said.

The department has a six car fleet, three of them are modified to run on propane, with the other three to soon follow.

The gas isn't completely going away, but it's there just as a backup.

\"As you're standing here and we switch between gasoline and propane, you didn't notice any difference you didn't hear anything.\" Keller explained

This isn't something new, but it's still not very common.

Port Washington is taking the lead from other departments around the country, including the Jefferson County sheriff department here in Wisconsin.