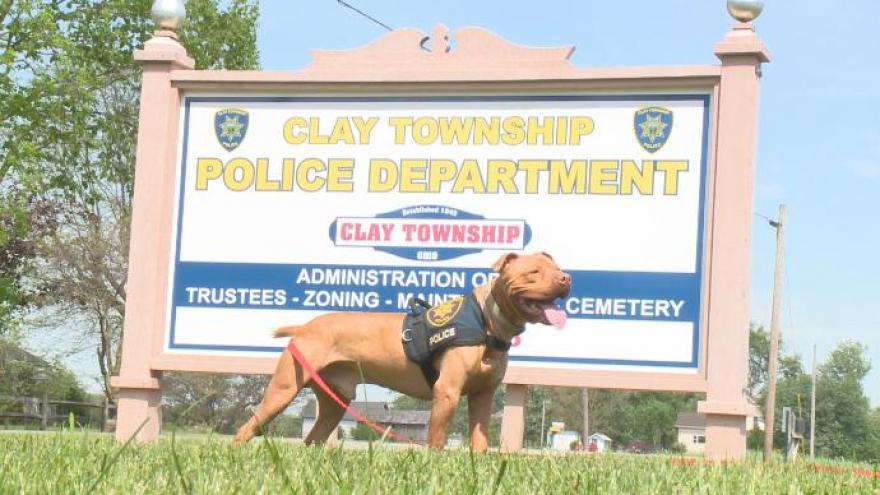 CLAY TWP., Oh (CNN/WTVG) - He's not your typical officer, but don't let his wagging tail fool you. Leonard is ready to work.

Chief Mitchell says working with a dog is certainly different, but it's already proving to be a great decision.

Leonard was adopted out of Union county Ohio, and his road to Clay township wasn't necessarily a smooth one.

Leonard was deemed unadoptable because of a strong will and a high "ball drive." But the director of the Union County Humane Society saw something special in the pup; something that would be perfect for law enforcement.

But he isn't what you'd consider your traditional police dog. Leonard ins a pit bull, in fact, the chief says he's the only pit bull police K9 in Ohio. He admits, at first, he was a little apprehensive about the breed.

Once the two met, it was clear it was a perfect fit.

"It just keeps getting better and better," the chief said.