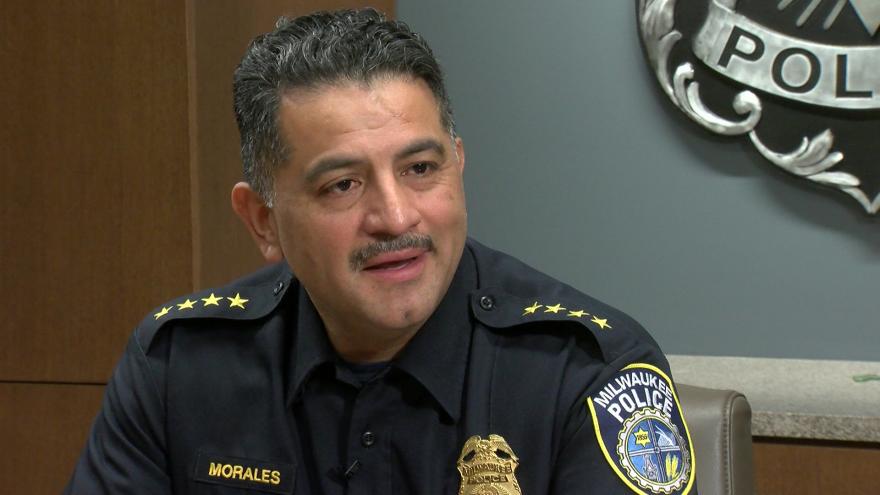 He formally interviewed for his job. The meeting took place behind closed doors.

“It was a presentation,” said Chief Morales.

“We’re going to keep on trucking forward,” he said, “and I see myself being here throughout the DNC and I’ll continue to move forward doing that until I’m told not to.”

It has not always been smooth riding for Morales. Some criticize a controversial pursuit policy for the number of high speed chases that end in crashes, and three officers have died in the line of duty since he took over.

But Morales says he still feels the city is behind him. “There’s support throughout the city of Milwaukee, and I feel support from a number of people,” said Morales.

“Obviously I hope he retains his job,” said Mayor Tom Barrett. “I think that that’s going to be up to the Fire and Police Commission.”

“When it’s all said and done, whether it happens or it doesn’t happen, you will see the support that we have for the Milwaukee Police Department,” said Morales.

There’s no word yet on how long this process might take, but the current term for Chief Morales’ contract ends in early January.