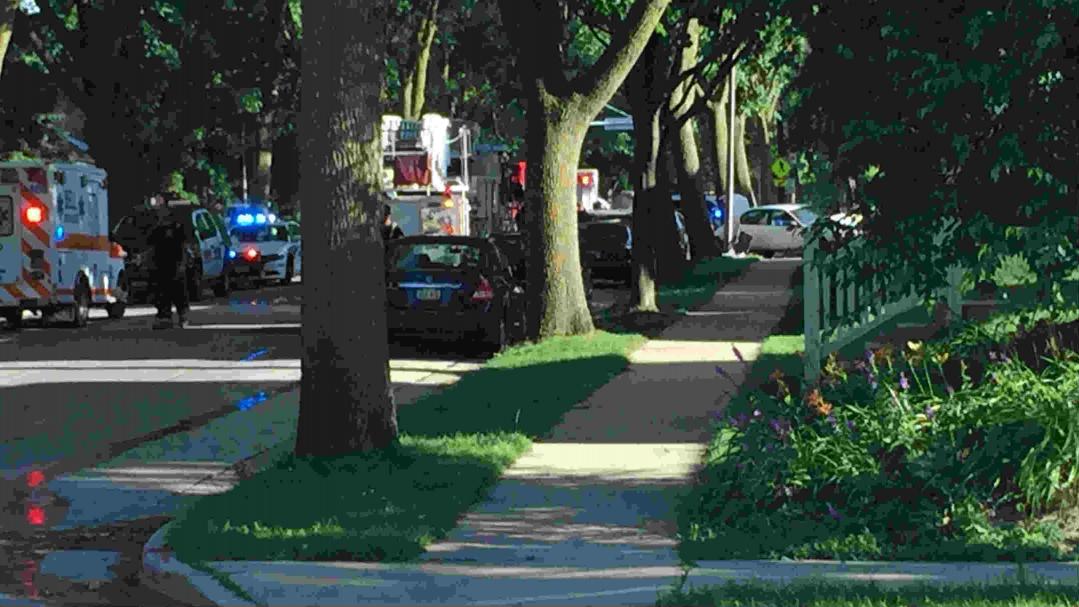 A vehicle pursuit was initiated by St. Francis and Cudahy police Sunday afternoon. The chase ended in Bay View near the intersection of Clement and Dakota.

The vehicle is suspected to be involved in an armed robbery that occurred in Oak Creek on Saturday. The same car and suspects were observed casing businesses in the City of Cudahy as well.

Two individuals were arrested on scene and turned over to the Oak Creek Police Department for questioning regarding Saturday's armed robbery.

Shortly after 9 PM Sunday a third male suspect was taken into custody by St. Francis police as he was walking the area of Kinnickinnic Ave and Oklahoma Ave.

A witness tells CBS 58 he saw police chasing the vehicle just before it crashed into another car and caught fire. According to the witness, he saw multiple suspects flee the vehicle and police follow them with weapons drawn.