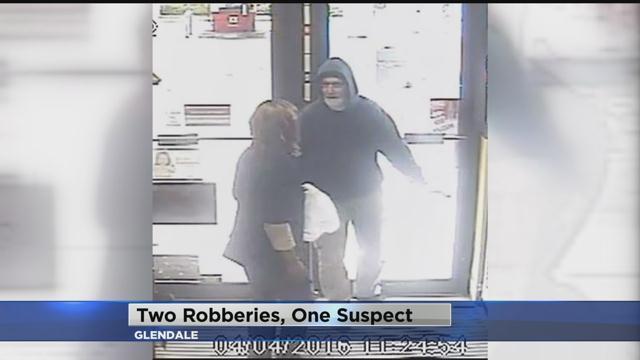 Another Glendale gas station has been robbed, and police are asking for your help.

Police tell us they believe the robber has hit before. New surveillance images show the man wearing a hooded sweatshirt, a mask over his mouth, and a knife in his hand. Police say he robbed a gas station at Lydell and Silver Spring on Monday.

No one was hurt in either robbery.