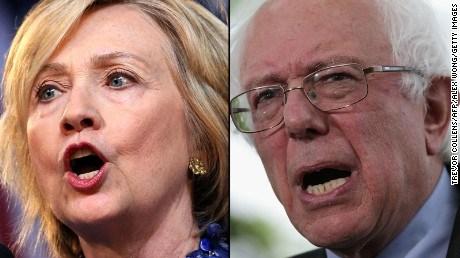 Hillary Clinton will be center stage on Tuesday night for the Democratic presidential candidates' first debate, according to the podium order released by CNN, which is hosting the event.

The position of the five candidates on the stage at the CNN Facebook Democratic Debate in Las Vegas is based on polls since Aug. 1 and was announced on CNN's "State of the Union."

On either side of Clinton, the highest-polling candidate, are Bernie Sanders (to Clinton's right) and Martin O'Malley(to her left). Jim Webb and Lincoln Chafee, the fourth- and fifth-placing candidates, bookend the stage.

Should Vice President Biden decide to enter the race and take part in the debate, there would be a podium placed on the stage for him as well.