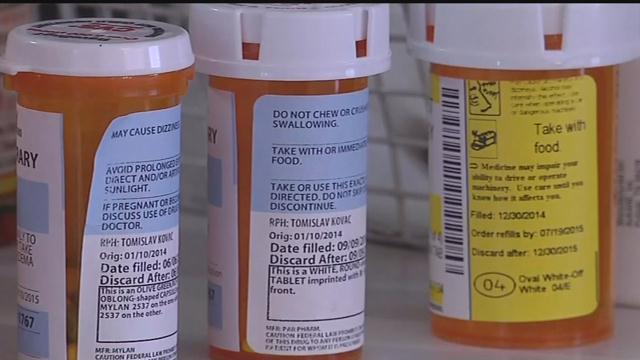 Democrat State Representative Debra Kolste, plans to introduce a bill that would hold pharmaceutical companies accountable when they decide to increase the drug prices.

The bill would require the state insurance commissioner to obtain an annual report from the manufactures regarding drug prices.The purpose of the bill is to prevent unnecessary price increases.

Luz Sosa is an organizer and economist for the Citizen Action of Wisconsin.

The grassroots organization Citizen Action of Wisconsin conducted a study that showed prices had gone up 10 percent in 2015. Its members research and conduct studies to work with legislators on proposed bills.

The proposed bill hopes to control any possible price hike by creating more transparency. Rep. Kolste plans to propose the bill in January during the next legislative session.

"So if there is a price increase, then we can say yes it’s justifiable or not," Sosa said.

Jose Garza knows all too well how expensive prescriptions drugs can be.

"It stresses me out in a sense because when I wasn't service connected, I was paying it out of my pocket," Garza said.

Garza was honorably discharged from the U.S. Army when he was injured oversees.  He takes a prescription blood thinner.

"It’s not the only medication I take, I take about four or five of them, and you are talking about at least at least $2-3,000 every month," Garza said.

He said his military disability covers a lot. However, he remembers when his mom was sick, she wasn't as fortunate as he is.

"It was expensive with our family paying so much,” he said. “You’re talking about thousands and thousands of dollars a month because she had lung cancer.”

Garza said in the meantime, he'll wait and see if the bill is approved and if anything changes in prices next year.