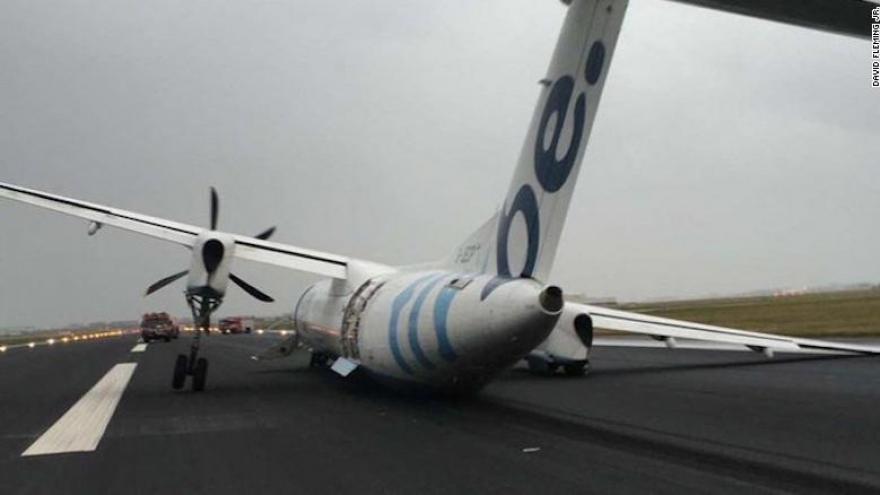 No one was hurt during the landing, according to the airport, which is one of the busiest in the world.

"The landing gear of a Flybe airplane collapsed during touch down," Schiphol said on Twitter. "All passengers are brought to the terminal by bus at the moment."

UK-based Flybe confirmed one of their aircraft was involved in an incident at Schiphol. "Our primary concern is for the welfare of the passengers and crew," its statement said.

Fifty-nine passengers were on the flight. The Canadian-built Bombardier Dash-8 Q400 turboprop can carry 78 passengers.

A passenger on the flight from Edinburgh to Amsterdam captured the incident on video, which showed the right landing gear collapsing on landing.

It shows the aircraft's massive propeller blades briefly striking the runway as it slowed after touchdown, but they did not separate as the aircraft came to rest on the failed gear and right wing.

The incident happened at 4:59 pm local time. Winds had been gusting to more than 55 miles per hour Thursday.

The airport said in a tweet that flight operations are "up and running again."

Flybe said it has sent a team to Amsterdam to investigate.