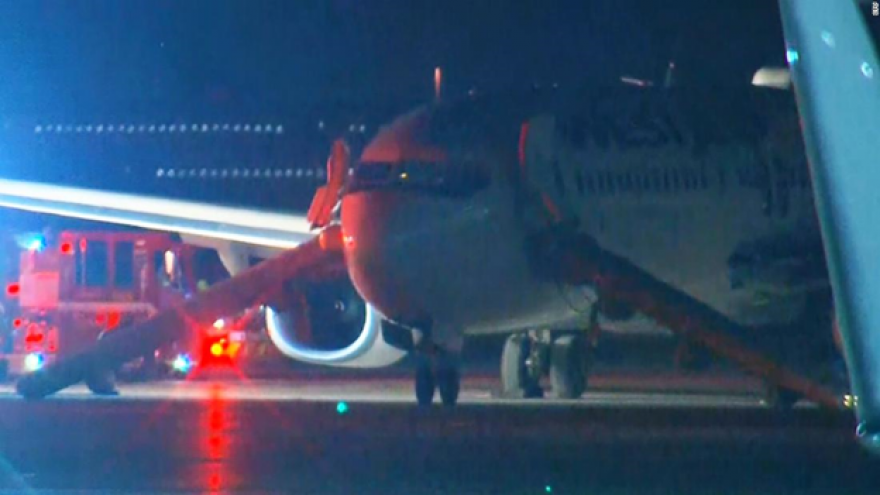 A Sunwing Airlines aircraft backed out while being towed, striking a WestJet aircraft that had arrived from Cancun and was waiting to proceed to a gate, officials said.

There were 168 passengers and six crew members aboard the arriving airplane, according to Lauren Stewart, a WestJet spokeswoman.

Fire trucks and ambulances descended on the tarmac when a small fire on the Sunwing aircraft began, said Beverly MacDonald, a spokeswoman with the Greater Toronto Airports Authority.

Video footage shows the passengers exiting an aircraft on an emergency slide as flames rose from the tail of the other airplane.