Plane crash deaths rise in 2018 but accidents are still rare 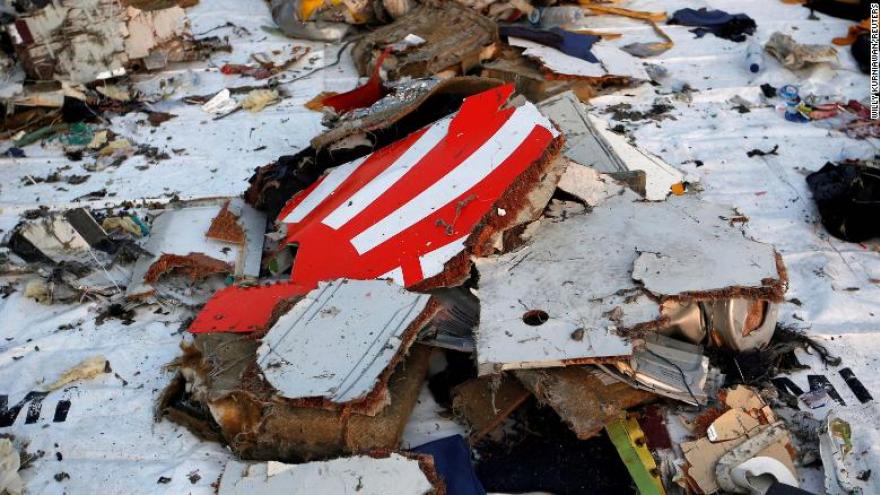 (CNN) -- The number of people killed in plane crashes jumped in 2018 compared with the previous year, with more than 500 deaths recorded, new figures show.

Nonetheless, 2018 was still one of the safest years for commercial aviation on record, according to reports from Dutch aviation consultancy To70 and the Netherlands-based Aviation Safety Network (ASN).

The ASN recorded a total of 15 fatal airliner accidents in 2018, leading to 556 deaths, compared with 10 accidents and 44 lives lost in 2017, the safest year in aviation history.

Of those accidents, 12 involved passenger flights and three were cargo flights, the ASN report said. Three of the 15 planes were operated by airlines on the European Union "blacklist," it said.

Despite the jump in the number of deaths last year, ASN Chief Executive Harro Ranter said the level of aviation safety had increased significantly overall.

"If the accident rate had remained the same as 10 years ago, there would have been 39 fatal accidents last year," he said. The rate of the year 2000 would have seen 64 fatal accidents. "This shows the enormous progress in terms of safety in the past two decades," Ranter added.

The figures for 2018 represent a rate of one fatal accident for every 3 million flights, said To70.

The consultancy highlighted the Lion Air crash off Indonesia in October -- in which 189 people lost their lives -- as the deadliest single incident for the year. The aircraft involved was a brand new Boeing 737 MAX plane.

A preliminary report by Indonesian investigators found that the pilots of Lion Air Flight 610 were engaged in a futile tug-of-war with the plane's automatic systems in the minutes before it plunged into the ocean.

"As in previous years, Europe and North America remain the safest parts of the world to fly in. Accidents here are rare," said To70 in its analysis.

"There are as many accidents within the Airbus 320 family as there involving 737s," To70 said. "However, the possibility that the Lion Air accident may have a technical cause is of serious concern, considering that the MAX is the future of the successful 737 model."

In response to the Indonesian investigators' report, released in November, Boeing said it was "deeply saddened" by the loss of the Lion Air flight -- but maintained the 737 MAX 8 "is as safe as any airplane that has ever flown the skies." The company is "taking every measure to fully understand all aspects of this accident," it said.

The ASN highlighted "loss of control" accidents as a "major safety concern" over the past five years, causing at least 10 of the 25 worst accidents. "Most of those accidents were not survivable," it said.