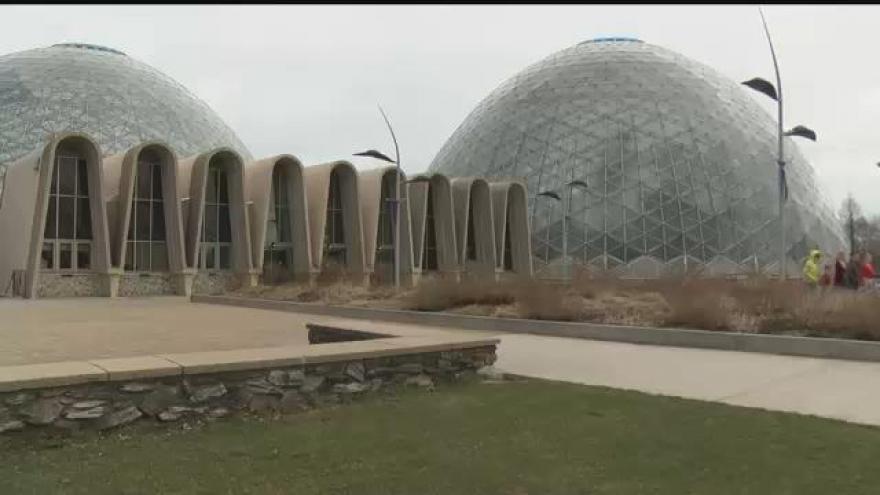 Milwaukee County’s original estimate to fix the Mitchell Park Domes was $60 to $70 million.

But now a group says the real cost to fix them will be much cheaper. They say they've found a way to preserve it at a third of the cost.

For families, this is a place they have taken their children, making it a family tradition.  Woody Bishop's aunt and uncle took him here when he was just 12 years old.

“About 50 years later I am bringing my own grandchildren here. Two or three of them said it's going to be really boring and on the way out. They said this was really, really fun and they bought souvenirs because they want to remember this place," says Bishop.

But throughout the generations -- the domes have started to fall apart. Milwaukee County estimated fixing them would cost between $60 to $70 million.

A private agency, The National Trust of Historic Preservation, looked at the numbers and found the Domes can be repaired at a third of that cost.

“We think it's important that there is a second opinion and look at all preservation solutions for keeping these buildings" says Jennifer Sandy.

Sandy's organization also declared the Domes a "national treasure," but that designation would not stop the county from tearing the domes down.

Chair of the parks committee Jason Haas says many families like the Bishops treasure the domes. He's dedicated to repairing them. “They pointed out some clever ways that we can revitalize the domes and I think it will happen in a way the county can afford," says Haas.