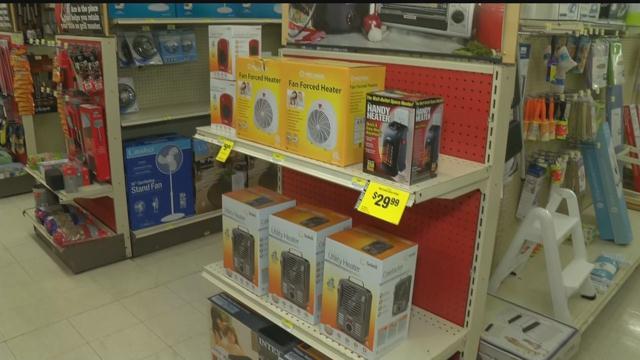 The incoming cold weather means there has been a run on certain items at hardware stores.

"There has been a big run on scrapers and snow brushes," Kummrow said.

"It's kind of a surprising thing that people come in and buy a new snow shovel every year. We all wonder where they were last year or what happened to them," Kummrow said.

Kummrow hasn't helped anyone with frozen or burst pipes yet but that could be coming soon.

Allstate Insurance reports the number of burst pipes jumps dramatically during the holidays specifically. The median cost of a burst pipe claim was $5,500, according to their survey.

On Saturday alone Tomchek Ace Hardware sold 19 snow blowers - almost two every hour. Kummrow said that was a huge volume of product to move at their location in that amount of time.