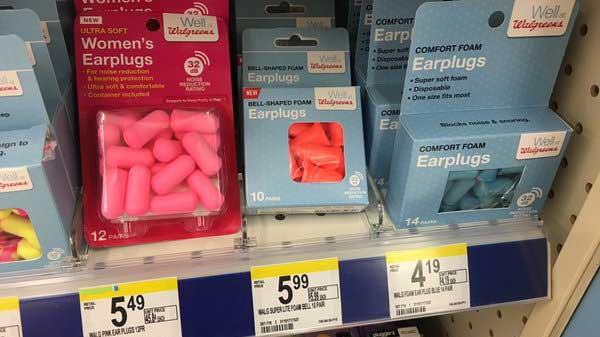 In case anyone was wondering if the #pinktax was real... pic.twitter.com/BH26DfMBpA

It's called the "pink tax."

The same products have very different price tags, depending on which gender they are meant for.

Take shampoos as an example. A recent study by the New York City Department of Consumer Affairs found that haircare products for women cost on average 48% more than the same items meant for men.

It found that female razors are 11% more expensive than men's. Jeans cost 10% more. Even toys marketed to little girls are 11% pricier compared to those for boys.

Women around the world are up in arms about the issue, accusing retailers of "sexist pricing."

British pharmacy chain Boots was forced to cut prices of some items this week after an online campaign called on the company to stop the unfair pricing.

Boots, which operates over 2,500 shops across the U.K., said the pricing differences were an "exception." "We have never operated a pricing system that discriminates against women so we were surprised and disappointed," the company said in a statement.

The protests are gathering momentum. Gender-based pricing was debated in the British parliament on Tuesday, with one MP calling the practice "exploitation."

"Women are paid less and are expected to spend more on products and services...they are charged more simply for being women," Paula Sherriff, a Labor Party MP, said during the debate.

She quoted 2012 research by Development Economics, which found that women pay an average of £200 ($291) more per year for consumer goods which are marketed to be more feminine.

The report by the New York City Department of Consumer Affairs, released in December, found similar patterns. It compared nearly 800 products with clear male and female versions from more than 90 brands sold in New York, both online and in stores. It found that women pay more in 42% of cases.

"The findings of this study suggest women are paying thousands of dollars more over the course of their lives to purchase similar products as men," the study said.