Pilot flying through storm: "Pretty much every one on the plane threw up" 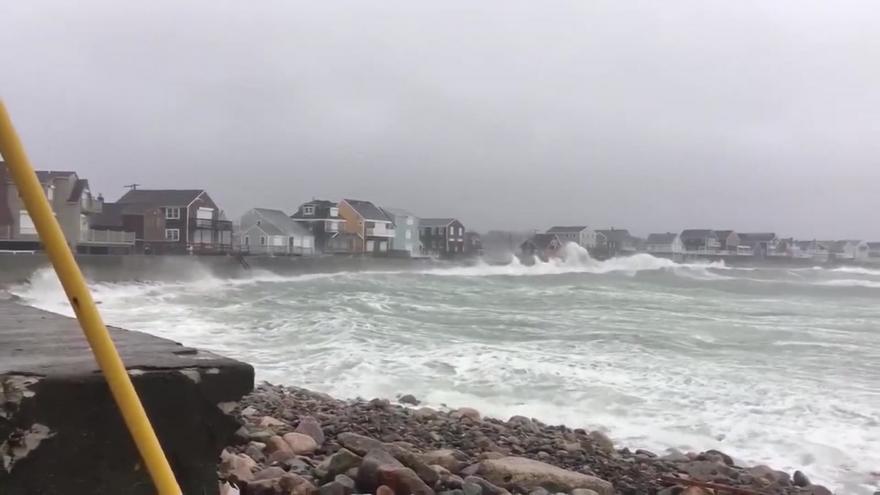 (CBS NEWS) -- High winds and driving rain are causing thousands of flight cancellations at East Coast airports. But what about the planes that did manage to take off?

One pilot who landed at Dulles Airport reported it was not a pretty scene.

"Very bumpy on descent," the pilot said, according to a transcript on aviationweather.gov. "Pretty much every one on the plane threw up. Pilots were on the verge of throwing up."

One pilot reported a "very bump descent" and sick passengers while flying through rough weather on March 2, 2018. AVIATIONWEATHER.GOV

There is a temporary ground stop at @Dulles_Airport while the @FAANews implements their contingency plan. The FAA Tower was evacuated due to high winds and FAA controllers are currently transitioning to the airport ramp tower. Normal operations expected to resume shortly.

The Washington Post reported that winds in the D.C. area reached 70-mph gusts.

An American Airlines spokesman says the company has canceled about 18 percent of its flights in the Northeast, with Boston's Logan Airport and Reagan Washington National Airport the hardest hit.

Delta, Southwest, JetBlue and American were allowing travelers to change their Friday and Saturday flights to avoid delays and cancellations.